Home Court One man in jail, another in ICU following row over “weed money” 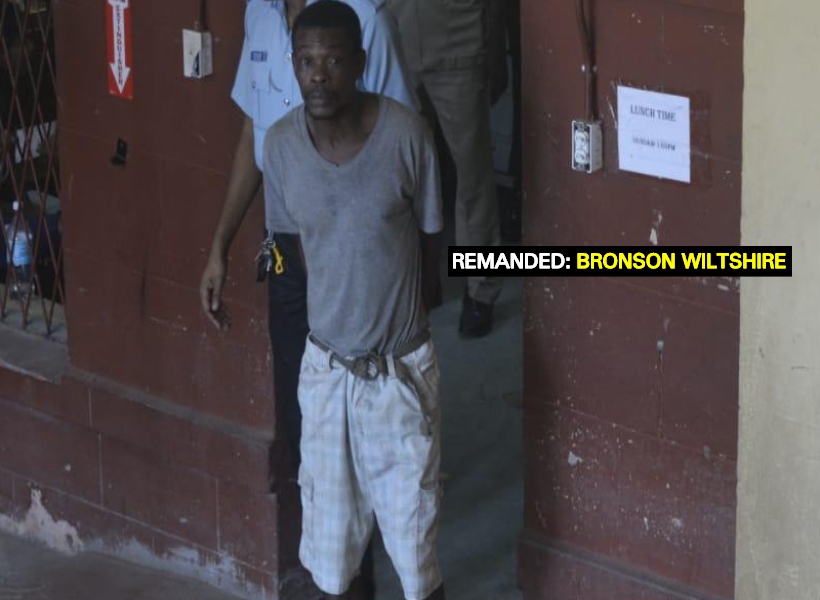 A pock knocker who allegedly stabbed a miner to his abdomen, during a heated  argument over “weed money”, was this afternoon remanded to prison on an attempted murder charge.

Bronson Wiltshire, 39, of Charlotte Street, Bourda, Georgetown was not required to plead to the indictable charge which alleged that on November 25, 2018 at Crusher Head Hill, Oko Backdam, he unlawfully and maliciously wounded Kurt Walcott with intent to commit murder.

Police Prosecutor Gordon Mansfield objected to bail being granted to Wiltshire citing that the victim is still in a critical state in the Intensive Care Unit of the Georgetown Public Hospital Corporation (GPHC).

Facts presented by the Prosecutor stated that on the day in question, Wiltshire approached Walcott over some money owed to him for marijuana.

However, Walcott refused to pay and the two ended up in an argument.

Soon after, Wiltshire returned and pulled out a knife from his pants pocket and stabbed Walcott to his abdomen and head.

An injured Walcott was rushed to the hospital and Wiltshire ran away from the scene, but was later arrested and taken into custody.

Magistrate McLennan, after listening to the Prosecution facts, remanded Wiltshire to prison.

He was instructed to make his next court appearance on December 20, 2018 when he will appear in Bartica Magistrate’s Court.