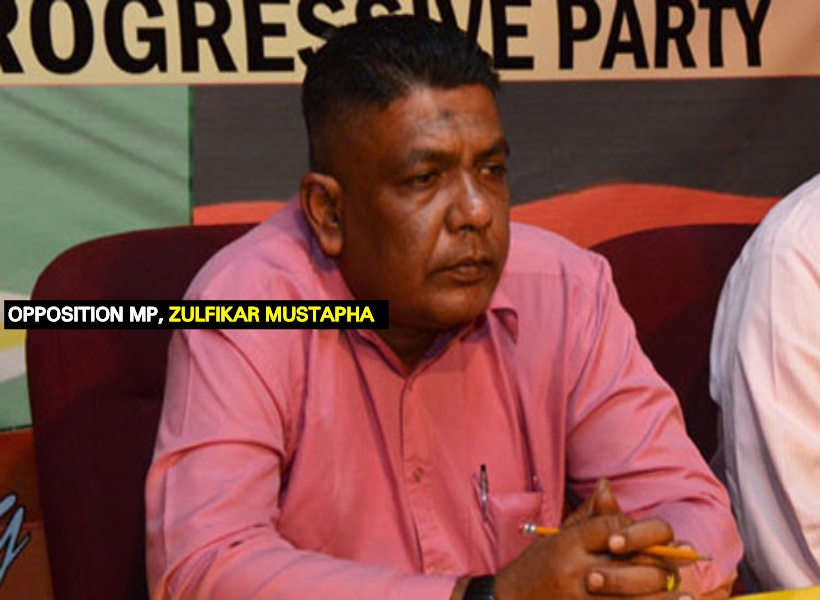 Deeming the 2019 National Budget a “display of deception” Opposition Member of Parliament, Zulfikar Mustapha said that little has been done by the Government to address the needs of the sugar and rice industries.

Mustapha had harsh words to dish out to the Government when he presented his speech today during the Third day of budget debates in the National Assembly.

During his presentation, Mustapha covered a number of areas but had particularly scalding words for what he believes is the destruction of the sugar and rice industries.

Speaking on the sugar industry, he said that there were no measures in the 2019 budget for “the thousands of sugar workers who were fired and had to fight.”  Mustapha noted these laid off workers were forced to wait a long time before they could receive their severances. He said too that to date more than 350 sugar workers from the Wales Estate are yet to receive their severances some two years after the estate was closed. Mustapha opined that the lack of relief for sugar workers in the 2019 Budget was a deliberate decision and an apparent case of discrimination, especially since the Government believes that sugar workers are PPP supporters, he said.

“Aren’t sugar workers Guyanese? Is the Minister saying the welfare of the sugar workers doesn’t matter? This budget proved they don’t”, he stressed.

The MP further linked social problems within Berbice to the closure of the estates. “People who once had jobs now cannot afford to feed their children,” he added.

Meanwhile, Mustapha also said that rice farmers are undergoing similar strife. According to him, land rental for farmers in Black Bush Polder have significantly increased, from $12,000 to $45,000. In addition, he said, water subsidies have been removed, thereby adding to the woes of farmers.

“How are these people expected to survive with such burdens placed on their backs?” he questioned.

Mustapha emphasized that the Government continues to fail the public, from the lack of creating jobs to “burdening” the nation with taxes.