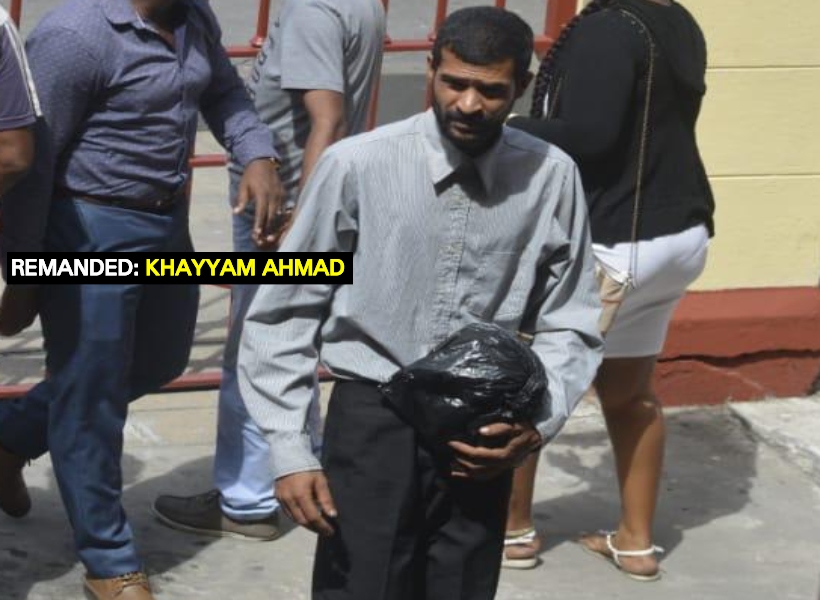 An irate mechanic, who reached for his unlicensed firearm after he was involved in a heated argument with a police rank, was this morning charged and remanded to prison on a gun related charge.

Khayyam Ahmad, 25, of South Road Bourda, Georgetown, appeared before a City Magistrate where a charge of unlicensed firearm possession was read to him.

It is alleged that on December 1, 2018, at South Road Bourda, he had in his possession one .32 pistol when he was not the holder of firearm license.

Ahmad pleaded not guilty to the charge after it was read to him by Senior Magistrate Fabayo Azore in the Georgetown Magistrates’ Courts.

Facts presented by Police Prosecutor Warren Turnhill stated that on December 1, 2018, around 23:30 hrs, Police Constable Williams went to the tire shop where Ahmad works and they got into a heated argument.

The Prosecutor added that after the argument, Ahmad walked behind the shop and returned with a gun which was hidden in his waist.

It was said in court that as Ahmad was about to reach for his gun, a customer, who was in the shop, shouted, “Boy you ain’t know is a police yuh talking to.”

Ahmad then ran to the back of the tire shop and threw the gun in a corner.

Police were then summoned and a search was conducted, the firearm was discovered and Ahmad was arrested and taken into custody.

The Magistrate, after listening to the Prosecutor, remanded Ahmad to prison.

The father of four was instructed to make his next court appearance on December 19, 2018.