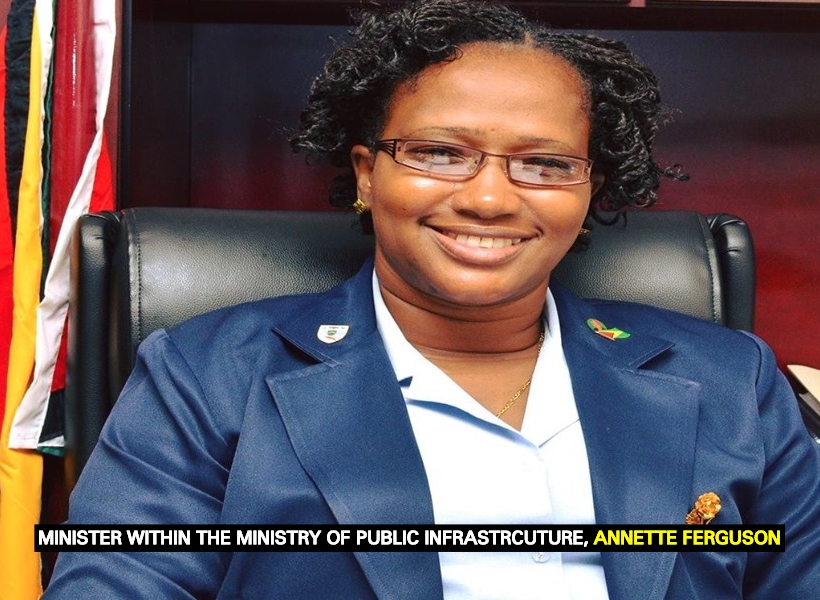 Guyana will looking to continue making strides in its compliance with the International Civil Aviation Organisation (ICAO) and, is setting its eyes on 85 percent compliance for 2019.

This is according to Minister within the Ministry of Public Infrastructure, Annette Ferguson. She revealed the goal during today’s budget debates in the National Assembly.

Speaking on the success of the Guyana Civil Aviation Authority (GCAA), and by extension the aviation sector within Guyana, Ferguson said that the accomplishments to date should elicit pride and praise.

She noted Guyana’s recent hosting of the ICAO Air Transport Meeting just two weeks ago when more than 40 countries visited and participated.

“The President of ICAO praised Guyana for the progress made in the aviation sector. He said ‘Within the context of our ‘No Country Left Behind initiative’, and in order for us in Montreal to reach all our member states and there are 192-member states, we need regional leaders, and Guyana has proven to be a regional leader, and that is one of the reasons why we believe that Guyana was able to host such an important meeting.”

Beyond the hosting of this conference, Ferguson shared a number of accomplishments made by the GCAA for 2018. These include the establishment of the infrastructure for four ADS-B/VHF stations at Port Kaituma, Kamarang, Kaieteur and Annai; the training of air navigation personnel, including Aeronautical Information Management Officers, Procedural Area Controllers, and Fight Information Service Officers; the conduct of security oversight of domestic and international operators during 2018; and the acquisition of land for a permanent headquarter.

She added that, in particular, the development of a modern civil aviation bill in 2018 and its subsequent passage sometime in the near future will lend strength to GCAA’s oversight and enforcement capability and establish independent provisions for accident investigation.

However, while Ferguson noted that “significant amount of work” has been done to date to achieve safety compliance in keeping with ICAO’s standards, more must be done. As a result, “a target of 85 percent level of compliance is the objective set to be achieved in 2019,” she said.

She further revealed that the GCAA will implement Digital – Automatic Terminal Information Service in 2019. This service, she said, will provide Air Traffic Controllers and aircrafts with up-to-date weather conditions to make flight decisions and will cost G$60M. The use of Aeronautical Information Exchange and Management software will also be implemented in 2019, she said, to enable the transition of aeronautical information by the AIS from manual to digital data. This will come at a cost of G$5M.

Ferguson emphasized that the aviation sector has seen noted improvements under the APNU+AFC Coalition.

“Under this APNU-AFC government, Guyana’s imagine on the regional and international planes were significantly catapulted from one as beggars on golden stools to emerging leader. This is evidence of the APNU-AFC government’s work to brand Guyana in the region and the world over as an aggressive Nation state,” Ferguson stressed.