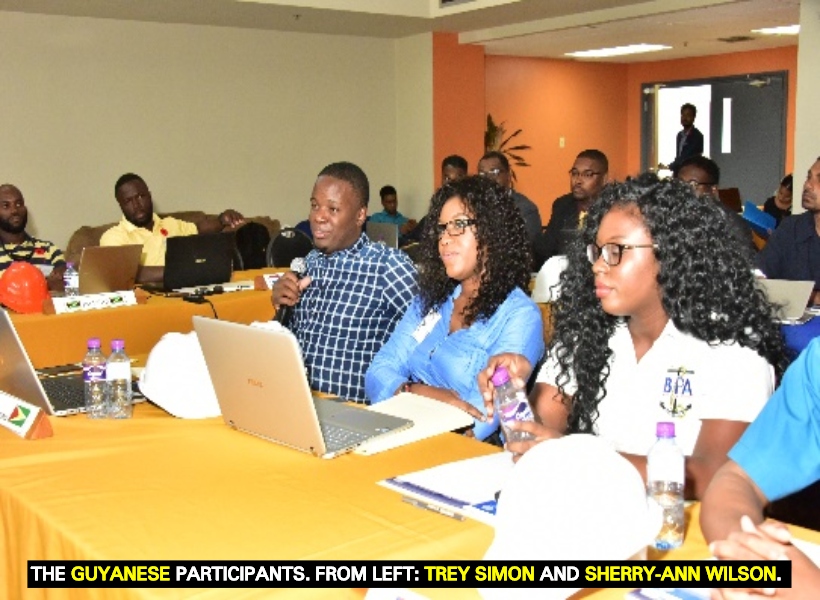 Two Guyanese were recognized for their outstanding performances when the curtains came down on the recently concluded Caribbean Ship Inspector Training (CASIT) programme.

The two beneficiaries were Sherry-Ann Wilson and Trey Simon, who serve as Port State Control Officer/Marine Pilot Trainee and Marine Officer respectively at the Ports and Harbours Division.

They were among 40 individuals from 13 Caribbean member states and four territories who participated in the programme. But it was the performance of the two Guyanese that stood out at the end of the training programme following evaluation sessions designed to prepare them for a diploma course offered online. While Wilson secured a perfect 100 percent score, Simon was seven points shy (93 percent) following their respective evaluations.

The CASIT programme is designed by the International Maritime Organization (IMO) to train Flag and Port State Inspectors. This training helps to ensure that ship standards are maintained and that there is compliance with international codes and regulations. The training also aims to reduce accidents and marine pollution.

Held in Trinidad and Tobago during the period October 29 – November 16, 2018, the forum saw the attendance of two officers of the Maritime Administration Department (MARAD) who were exposed to advanced maritime training and are now poised to deliver improved Flag State Inspections (FSI). FSI is used by flag states to ensure satisfactory standards are being maintained on board vessels flying their flag.

Moreover, the programme was aimed at preparing participants to function in their respective administrations as Flag state and Port State Officers. Trainees will be able to perform Flag State inspections (FSI) on all ships under 24 meters in length and carry out annual and renewal surveys on vessels up to 500 Gross Tonnage (GT).