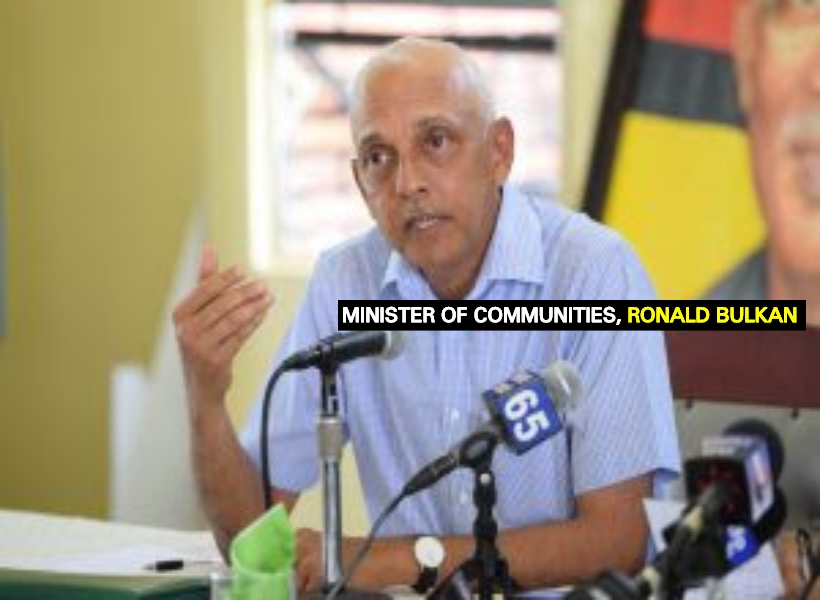 The nation’s 10 administrative regions will benefit from the sum of $39.3B for capital expenditure next year.

This was revealed by Communities Minister, Ronald Bulkan during the recently concluded budget debates. The Minister said that the allocated sum represents an increase of 16 percent over 2018’s provisions. Bulkan said that the regions will be using the increase to support projects in the areas of public health, education, public infrastructure, agriculture, and administration.

The Minister told the House that these resources will empower the regions’ officials to unlock the potential for innovation, growth, and development.

Further to this, Minister Bulkan noted that the 2019 budget constructively references the Plans of Action for Regional Development (PARDs). In this regard, the Parliamentarian said that PARDs are critical in ensuring bottom-up, consultative-led regional development.

He said that the introduction of PARDs and its related processes have heightened the demand for capacity and institutional building in areas such as the establishment of planning and procurement units to support project implementation and other catalytic development initiatives of the regions. He said, too, that with PARDs, citizens in each region will be able to monitor how their respective Regional Democratic Councils arrived at the decisions for certain projects.

The Minister said, “The regional development agenda must be guided by the principle of expanded participation in decision making to enable the regions to be effective in keeping with the policy of decentralization. With this objective in view, the Ministry will focus on strengthening the capacities of regional structures to be better able to provide sustainable development -related services. We will ensure the institutionalization of Regional Agriculture and Commercial Exhibitions and other mechanisms such as the Regional Development Consultative Committee…”