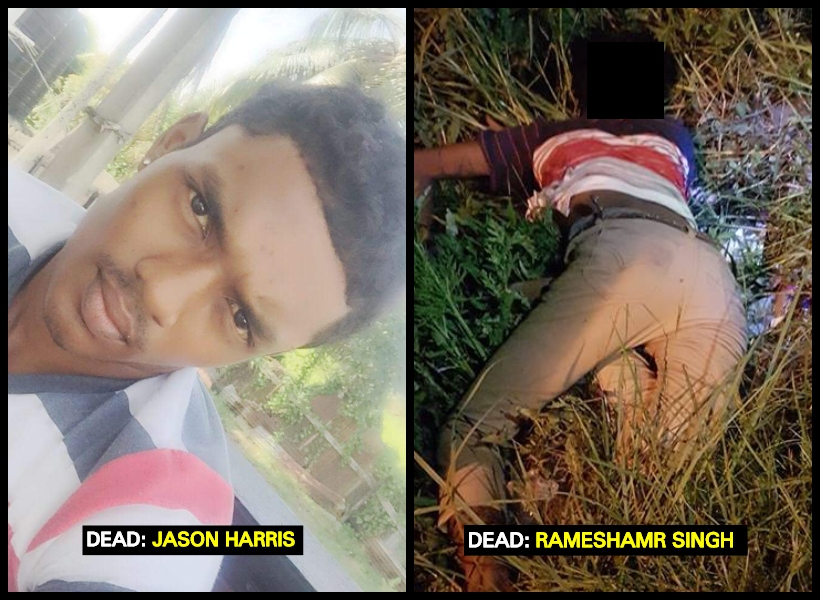 A 20-year-old motorcyclist and his teenage friend lost their lives in a tragic accident late last night on the East Coast Demerara (ECD) Public Road, in the vicinity of Ogle.

The accident occurred sometime around 23:20 hrs between the motorcyclist and a motor Jeep bearing registration number PGG 8844.

The pillion rider, who has been identified as 18-year-old Rameshwar Singh of Lot 6 Cummings Lodge, East Coast Demerara (ECD) died at the scene of the accident.

The motorcyclist, identified as Jason Harris, also a resident of Cummings Lodge, died around 08:00 hrs this morning at the Georgetown Public Hospital Corporation (GPHC).

Both victims sustained severe injuries to the head and back.

The 20-year-old driver of the motor jeep was not injured.

The deceased friends were thrown off the cycle and landed on the roadway. While Singh died on the spot, Harris remained unconscious until he died this morning.

The Police said the driver of the jeep was given a breathalyzer test and no alcohol was detected. Investigation is ongoing.