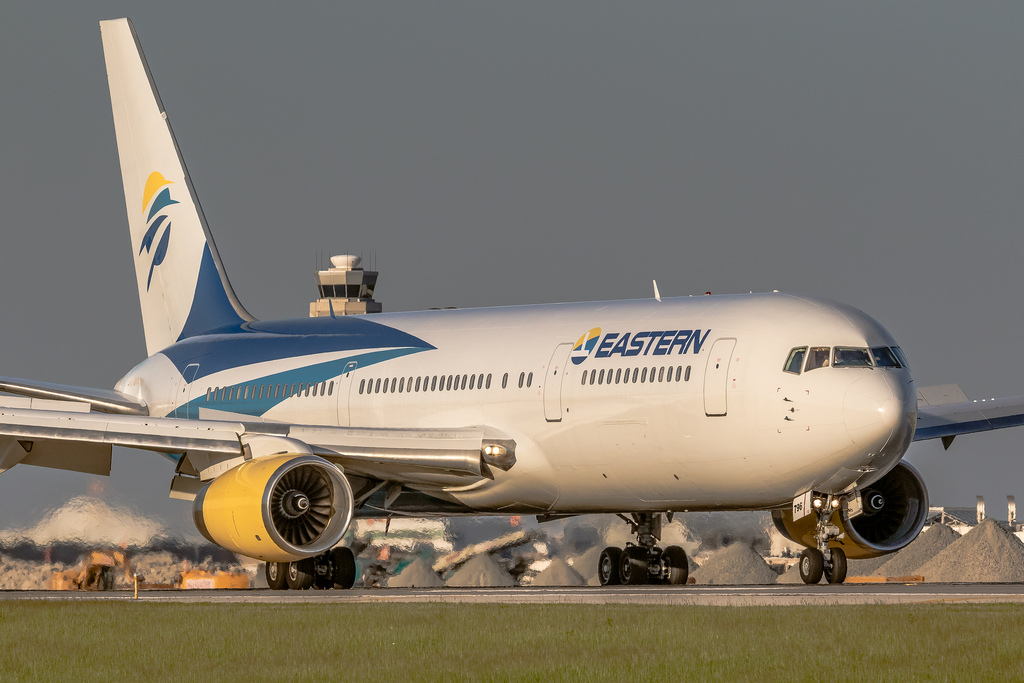 The rebranded Eastern Airways, formerly Dynamic Airways, is the latest airline service to make an application to the Guyana Civil Aviation Authority (GCCA) to fly between Guyana and New York (JFK).

With the much anticipated oil boom, a number of investors, including a number of airline services, have been flocking to these shores expressing their business interests.

Most recently, American Airlines received the green light but, refusing to be left out of this movement, yet another United States-based airline – Eastern Airlines, LLC — has already made an application to the GCCA.

While the airline, which states its address in North Carolina, USA, has made its request, the granting of permission by the GCCA will be dependent on the response of the public — or the lack thereof.

However, what some people may not know is that Eastern Airlines is in fact Dynamic Airways which once had permission to fly Guyana’s friendly skies. Following what is being described as “a successful bankruptcy restructuring” in April 2018, Dynamic International Airways obtained a license to use the Eastern intellectual property (IP) from Swift Air, as well as the leases of two aircraft from the 2015 Eastern Air Lines start-up.” Moreover, Dynamic was rebranded as Eastern Airlines, using the Eastern IP.

By way of a notice published in the press on Sunday, GCCA’s Director General, Lieutenant Colonel (Ret’d) Egbert Field, announced to the nation the intention of Easter Airlines.

“In accordance with the Civil Aviation (Licensing of Air Transport Service) Regulations 2001, the Guyana Civil Aviation Authority hereby advises the public that the following operation (Eastern Airlines) has submitted an application for the operation of scheduled air services,” the notice reads.

According to Field, the airline has requested permission for a three-year period licence for once weekly flights between New York (JFK) to Georgetown (GEO) with a commencement date of December 15, 2018.