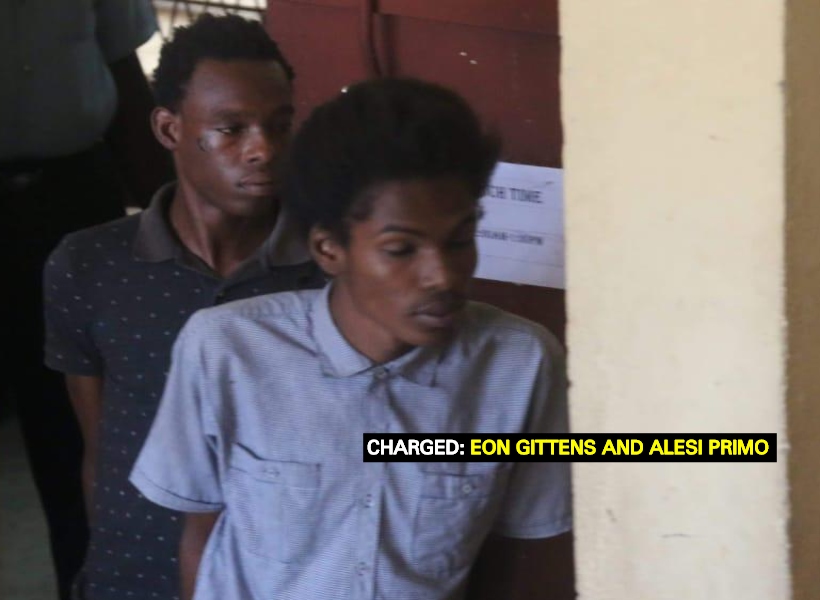 Two teenagers who snatched a cop’s phone, were this morning charged and released on bail for the offence.

Eon Gittens, a labourer of East Ruimveldt, Georgetown and Akesi Primo, also a labourer of Kaneville, East Bank Demerara, both 19, appeared in the Georgetown Magistrates’ Courts where the charge was read to them.

The teens denied the charge which alleged that both of them, on December 7, 2018, at Avenue of the Republic, Georgetown, attempted to rob Julius Bowlin of one phone.

The charge was read to them by Chief Magistrate Ann McLennan.

The prosecutor asked the court to remand the teens to prison citing the serious nature of the offence and the penalty the charge attracts.

The court heard that at the time of the attempted robbery, the policeman was performing undercover duty in the area to curb the very offence that the teens are charge with.

Prosecutor Mansfield added that when the phone was snatched from the undercover cop, other ranks who were around him chased after and apprehended the defendants.

Both defendants were granted bail in the sum of $15,000. They were also instructed to report every Monday and Friday at the Brickdam Police Station until the determination of the trial.

The Magistrate also instructed the teens to return to court on December 21.