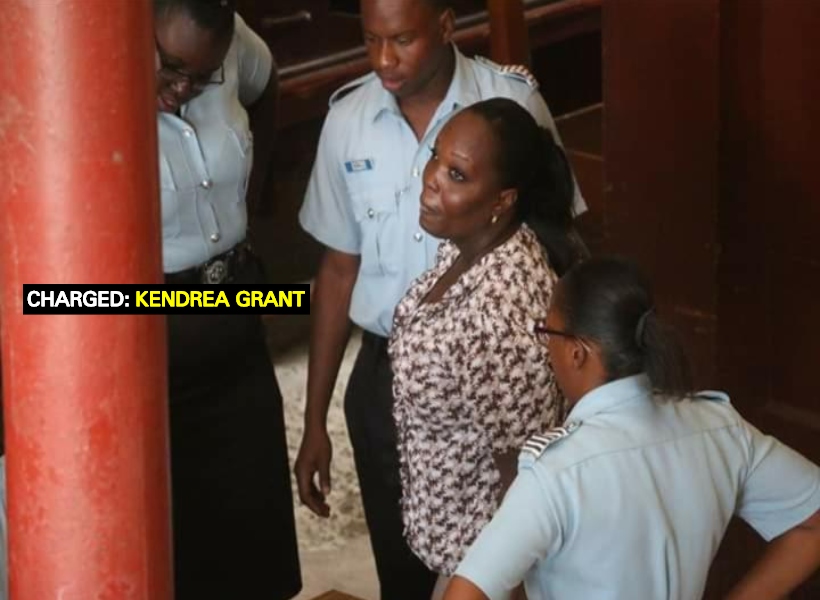 Five months after he divorced his wife and started a new life with a mother of seven, Otis Baley was stabbed to his chest by his current lover.

Kendrea Grant, 39, of West Ruimveldt, Georgetown, appeared before Senior Magistrate Fabayo Azore where an attempted murder charge was read to her.

Grant was not required to plead to the indictable charge which alleged that on November 12, 2018 at West Ruimveldt, with intent to commit murder, she wounded Baley.

Grant allegedly stabbed Baley to his chest because she did not approve of his ex-wife visiting their home.

Grant was represented by Attorney-at-law Stanley Moore who, in a bail application, told the court that his client acted in self defence.

However, Police Prosecutor Simone Payne made strong objections to bail being granted to the woman citing the serious nature of the offence and the fact that the victim’s injuries are life threatening.

Facts presented by the Prosecutor stated that on November 12, 2018 Grant and Baley had an argument over his ex-wife visiting his home.

A scuffle then ensued and Grant went to the kitchen, armed herself with a knife and dealt the man a stab to his chest.

The injured man was rushed to the Georgetown Public Hospital Corporation (GPHC) where he underwent surgery.

Magistrate Azore, after listening to both sides, released Grant on $150,000 bail. The mother was instructed to make her next court appearance on December