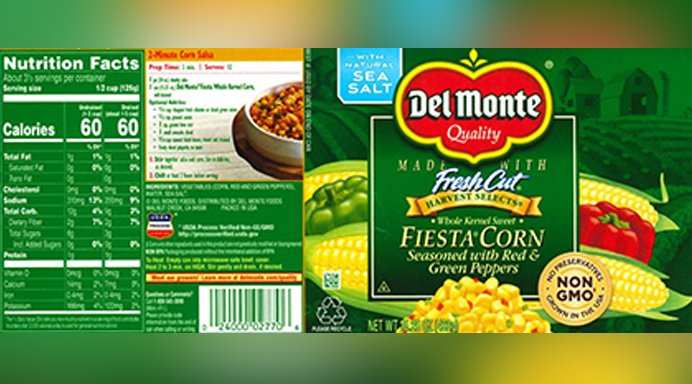 Local distributor of the recalled Del Monte Fiesta Corn, Toucan Industries has notified the Government Analyst Food and Drug Department (GA-FDD) that it has imported 204 cases of the product.

According to the Food and Drug Director, Mr. Marlan Cole, the distributor has been instructed to notify the department of the arrival of the 408 cases. He said too that approval has been granted for the distributor to initiate a voluntary recall of the affected products. “All affected products will be destroyed under the supervision of this Department at the completion of the recall and detaining exercise,” said Cole, who added that, “Consumers are advised not to use this product with the identified UPC # or ‘Best if Used by Date” and to return it to the place of purchase.”

Cole said that moves have been made by his Department to inform the public of the recall product which is due to under-processing which poses a life threatening risk to consumers.

More than 60,000 cases of Del Monte’s Fiesta Corn seasoned with red and green peppers are being recalled because the ingredients weren’t adequately processed, stated a release issued  by the United States Food and Drug Administration (FDA). This product was distributed in 25 states in the United and 12 international locations, including Guyana.

In its release, the manufacturer said that it has recalled 62, 242 cases of the Fiesta Corn as a precautionary measure since the product wasn’t processed correctly and thus could lead to deadly contamination.

Del Monte noted in its release too, “These deviations were part of the commercial sterilization process and could result in contamination by spoilage organisms or pathogens, which could lead to life-threatening illness if consumed. It is important to note that there have been no reports of illness associated with these products to date,” the manufacturer as asserted.