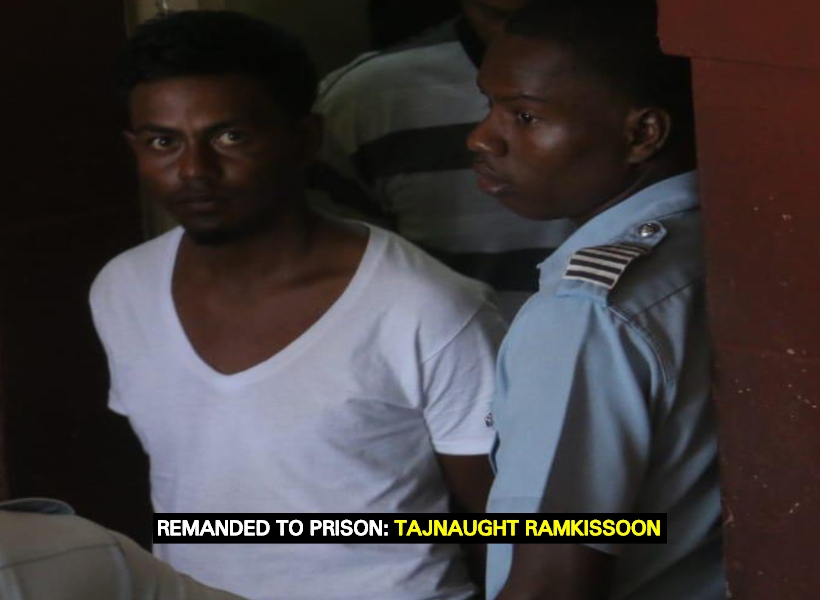 A mason who saw it fit to rob a miner after he asked him for directions will now be spending Christmas behind bars.

Tajnaught Ramkissoon, 24, of Grove, East Bank Demerara, appeared before Senior Magistrate Faith McGusty who read a robbery charge to him when he appeared at the Georgetown Magistrates’ Court.

Ramkissoon pleaded not guilty to the charge.

Police Prosecutor Seon Blackman made serious objections to Ramkissoon being released on bail, citing that a knife was used during the robbery.

Facts presented by the Prosecutor stated that on the date in question the victim came out of the interior and was walking in the vicinity of the Jimbo Bridge, Grove, where he saw Ramkissoon and asked him for the location of a certain place.

However, Ramkissoon told him he would have to pay him $200 for him to give him the direction he needed.

The court heard that when the victim pulled out the money from his pocket, Ramkissoon placed a knife to Seenarine’s head and demanded that he hand over his valuables.

The victim, fearful for his life, handed the defendant the articles mentioned in the charge.

Ramkissoon made good his escape but was later arrested by the police.

An identification parade was later conducted and Seenarine positively identified Ramkissoon as the person who robbed him.

An unrepresented Ramkisson was remanded to prison and was instructed to make his next court appearance on January 7, 2019.