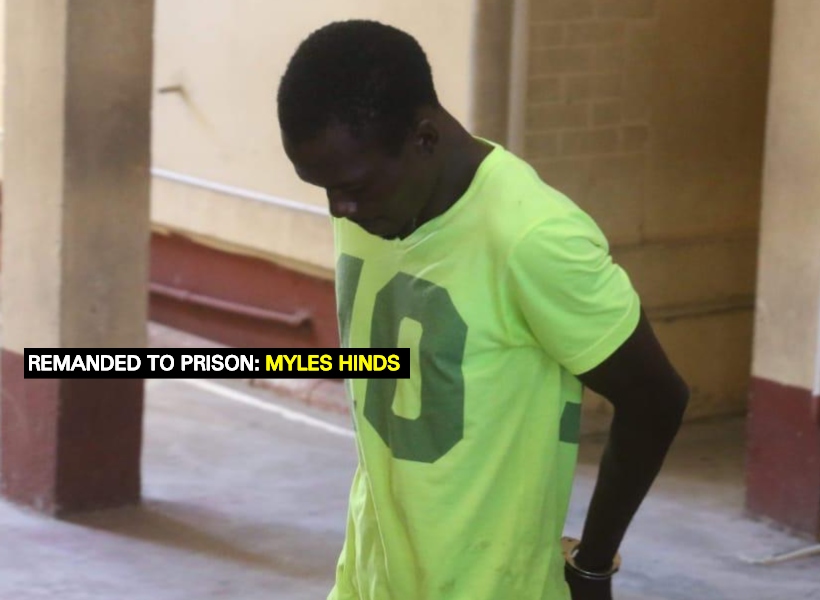 A Sophia man who was recently released from prison after spending two years on a wounding charge and who has ongoing matters before the court was this morning remanded to prison for attempting to rob two foreign women.

Myles Hinds, 27, was arraigned before Senior Magistrate Leron Daly who read two charges of attempted robbery to him.

The first charge stated that on December 11, 2018 at Church and Light Streets, Georgetown, he assaulted Katherine Aguilar Fernandez, a Cuban national, with the intent to rob her.

It was further alleged that on the same day at the same location, he assaulted Mitsloris Josefina Vasquez, a Venezuelan national, also with intent to rob her.

The court Prosecutor, Sanj Singh, told the court that on December 11, 2018 at around 19:45 hrs the women were walking along Church and Light Streets when the accused, who was on a motorcycle, approached them and tried to relieve them of their shoulder bags.

While doing so the women resisted which caused the accused to deal them several punches about their faces.

The women raised an alarm and public-spirited persons were able to apprehend Hinds and hand him over to the police.

Prosecutor Singh made serious objections to bail being granted to Hinds, citing the fact that he was recently released from prison after spending two years on a wounding charge.

The Prosecutor added that Hinds was also previously charged with five counts of breaking and enter and larceny. Those matters are still ongoing.