Home News Crime Doctor, businessman shot and robbed after being trailed from bank 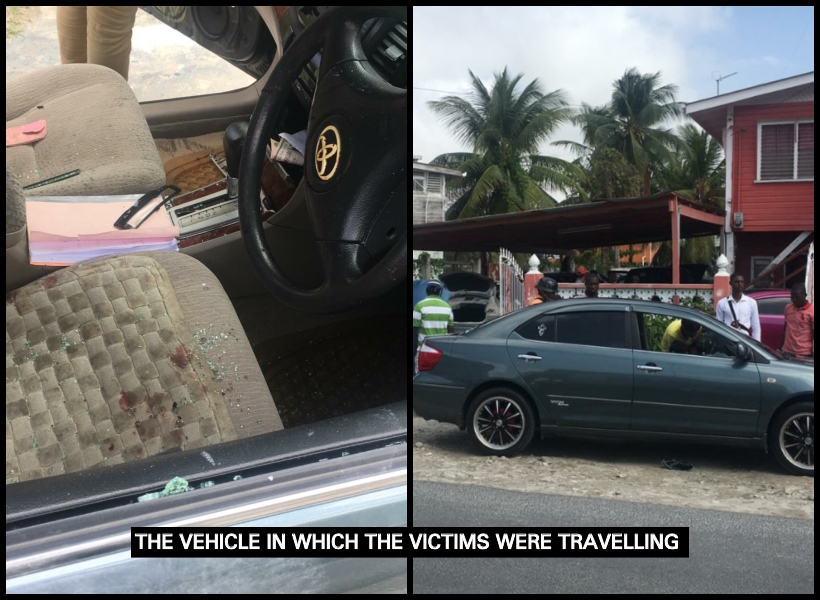 A doctor and a businessman were shot and robbed this afternoon by two gunmen at Crown Dam, Industry, East Coast Demerara (ECD). Investigators suspected that the bandits might have trailed their victims, who made a significant withdrawal at a city bank, less than an hour before they were accosted by the men.

The victims have been identified as Dannyram Kissoon, a businessman and his friend, Dr. Lewis (only name given).

Both men sustained gunshot wounds to their feet and are currently patients at the Georgetown Public Hospital Corporation (GPHC).

According to information received, the victims, after making the withdrawal, proceeded to Kissoon’s home. The Guyana Standard has been informed that just as the businessman who was driving, pulled up in front of his gate, a Silver-Grey Toyota Premio pulled up alongside his car and parked.

The passenger from the Toyota Premio exited the car, approached the victims’ and demanded that they handed over the cash they withdrew from the bank.

A police source said that before the businessman could have reacted, the bandit began shooting at his vehicle. He (bandit) then opened the car door and collected the cash.

The two suspects then fled the scene while the victims were rushed to the hospital.No one has been arrested as yet.

With Christmas just around the corner, the Guyana Police Force has been urging persons to take the necessary safety precautions when withdrawing large amounts of cash.

The Force recommended the use of ATM machines more since only small amounts of cash can be taken out. Businessmen are advised to have a security personnel accompany them to the bank.