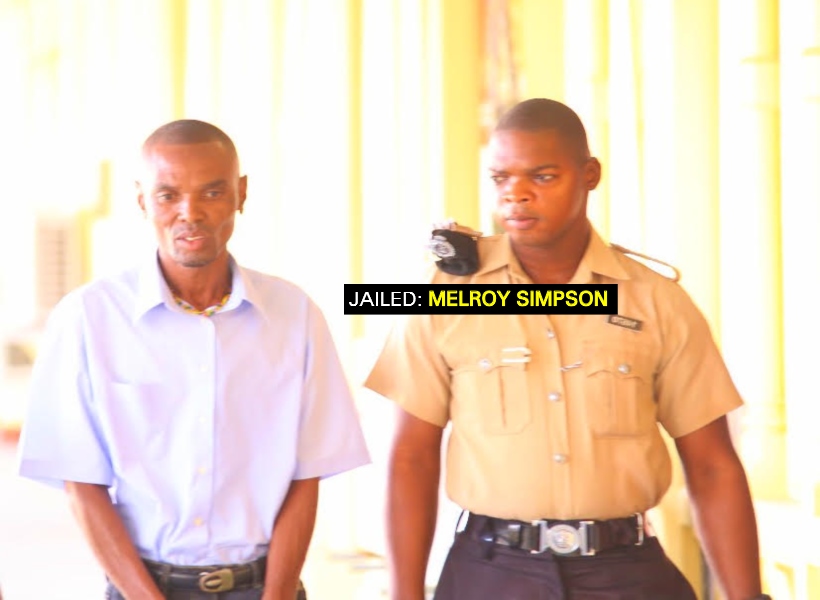 While most people will be celebrating the Christmas holiday with their family and friends, 40-year-old Melroy Simpson will be doing so from prison.

This afternoon he was sentenced to 15 years in jail for killing his reputed wife 25-year-old Carmelita Jones who he torched some six years ago.

The custodial sentence was passed by Justice James Bovell-Drakes at the High Court in Georgetown where Simpson pleaded guilty to the lesser offence of manslaughter.

Simpson was initially indicted for murder about two weeks ago, but opted to plead guilty to the lesser offence after consulting with his legal representative who requested a probation report.

Justice Drakes imposed the sentence after considering the findings of the probation report in favour of Simpson, as well as aggravating and mitigating factors.

According to reports, Jones, formerly of ‘B’ Field Sophia, was badly burnt by Simpson, her reputed husband, who threw a flammable substance on her while she was holding a lit lamp.

Based on reports, the couple was involved in a heated argument over a pack of milk that was given to Jones by another man.

The incident occurred on September 18, 2012.  On September 21, 2012, Simpson was charged with inflicting grievous bodily harm on the woman.

He had appeared before the Sparendaam Magistrates’ Court where he pleaded not guilty and was granted $200,000 bail.

However, the charge against him was upgraded to murder after Jones died about a week after sustaining her injuries.