Home Court Vendor faces court after stabbing man who parked too close to his... 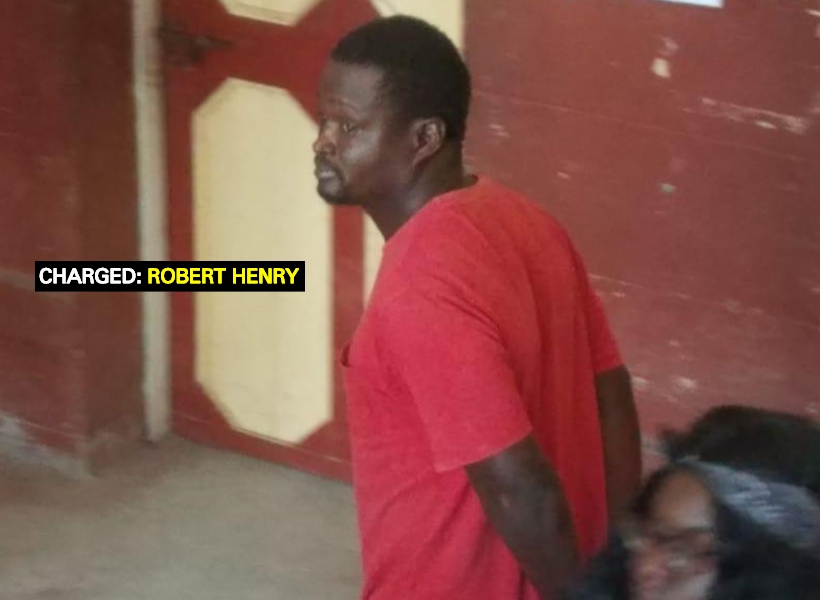 A Stabroek Market vendor was this morning put on $200,000 bail after he allegedly stabbed a man who had parked too close to his stall.

The court heard that the vendor, Robert Henry, 39, inflicted wounds that were so serious, the victim could have died.

Henry was not required to plead to the indictable charge which alleged that on December 19, 2018, at Brickdam Road in the vicinity of Stabroek Market, he wounded Lawrence Jack, with intent to murder him.

The accused was arraigned before Chief Magistrate Ann McLennan who read him the charge.

According to information provided to the court, on the day in question, Jack parked his vehicle next to the Henry’s stall. The men then became involved in an argument during which Henry pulled out a knife and stabbed Jack to his chest.

An injured Jack was rushed to the Georgetown Public Hospital (GPHC) where he underwent emergency surgery.

Henry was ordered to report every Friday at the Brickdam Police Station until the completion of the Preliminary Inquiry (PI).

He will make his next court appearance on January 2, 2019 in the Georgetown Magistrates’ Courts.