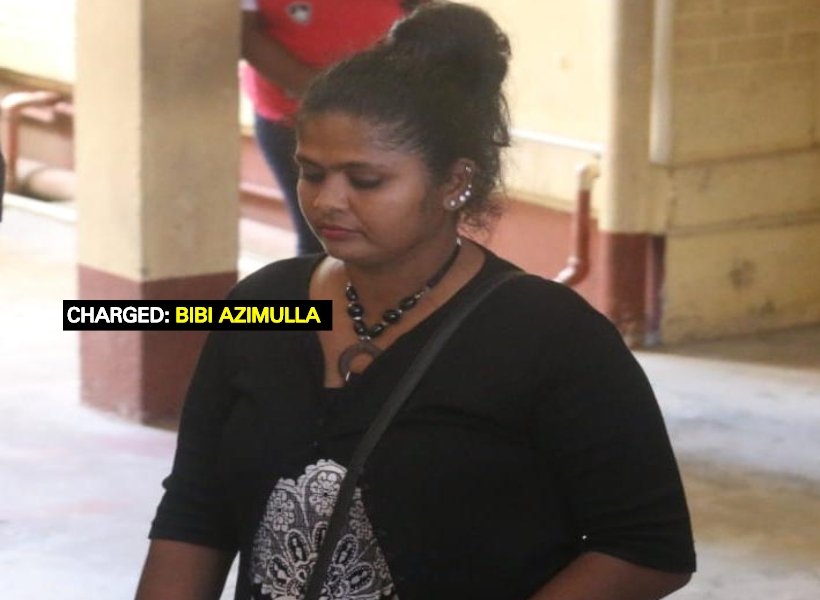 A woman appeared in Court this morning because she allegedly bribed an officer to not put a previous conviction her brother had on his clearance document.

It is alleged that on November 19, 2018, at the Criminal Investigation Department (CID) Headquarters, Eve Leary, Georgetown, Bibi Azimulla, tried to corrupt an agent of the State by paying her $20,000 to not put on a clearance document, a previous conviction her brother, Azzad Azimulla had.

An unrepresented Azimulla denied the charge after it was read to her by Senior Magistrate Leron Daly in the Georgetown Magistrates’ Courts.

Facts presented by Police Prosecutor Sanj Singh stated that on November 19, 2018, Azimulla went into the clearance office where she met with one Leslyn Smith, who she offered $20,000 in order for her not to put a previous conviction on a document for her brother.

The woman was then told of the offence, arrested and taken into custody.

Magistrate Daly granted Azimulla bail in the sum of $50,000 and instructed her to make her next court appearance on January 2, 2019.