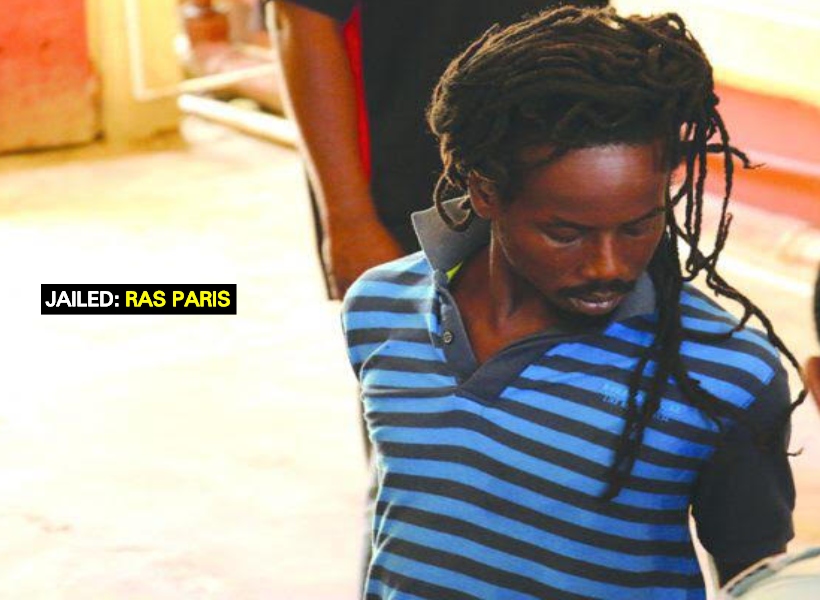 An Albouystown resident who stashed a quantity of marijuana in some ornaments was this morning sentenced to three years imprisonment and fined $1.3M after being found guilty of the offence.

Ras Paris, 30, was on trial for the past eight months before Senior Magistrate Faith McGusty in the Georgetown Magistrates’ Courts.

Paris, who is a repeat offender, had denied that on March 29, 2017, at North Ruimveldt, Georgetown, he had in his possession 908 grams of cannabis for the purpose of trafficking.

The magistrate this morning in her ruling told the court that after perusing the entirety of the evidence presented by Police Prosecutor Seon Blackman, she was of the opinion that a prima facie case was established against Paris.

Hence, she convicted him of the crime and imposed the custodial sentence.

According to the court, on March 29, 2017, police ranks acted on information and went to a home located in North Ruimveldt where they carried out a raid exercise at Paris’ home. During the search several plastic bags each filled with leaves, seeds and stems of the marijuana plants were found stashed in some ornaments.

A further search was carried out in the yard and a black bag containing marijuana was also found.

Throughout the trial he was represented by attorney-at-law George Thomas who had always maintained that his client was innocent of the offence charge.