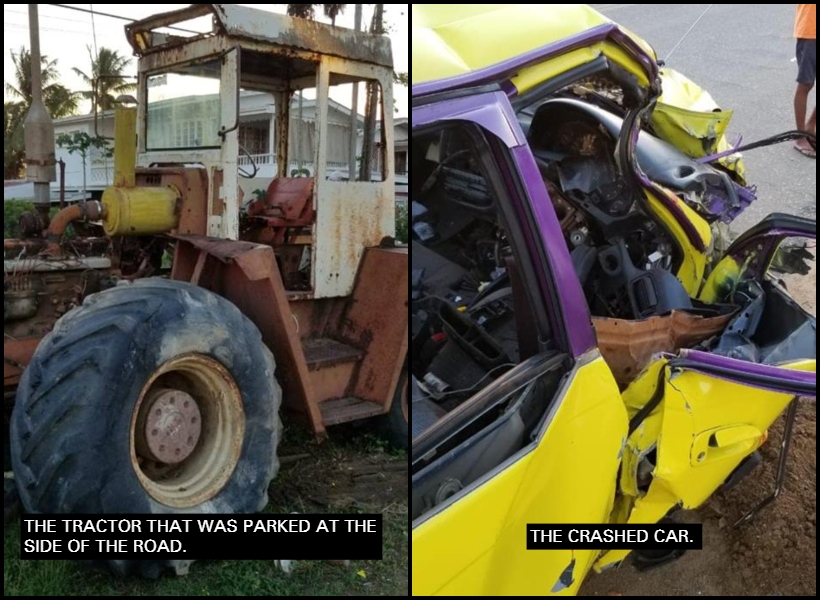 A 49-year-old taxi driver lost his life in an accident this morning when he crashed into a parked tractor on the Number 67 Public Road, Corentyne, Berbice.

The deceased has been identified as Jaggernauth Ramcharran of East Berbice, Corentyne. He died while receiving treatment at the Skeldon Public Hospital. A 22-year-old passenger, Akesh Koochamala, of Number 65 Village, Corentyne was also injured.

Koolchamla is currently hospitalized at the Skeldon Public Hospital as is said to be in a stable condition.

According to information received, the victim was proceeding north along the western carriageway of the public road when he reportedly swerved from some stray animals and ended up colliding with the tractor which was parked on the eastern parapet of the road.

This caused the vehicle to turn turtle at the side of the road. The victims were pulled from the wrecked car and rushed to the hospital by public spirited persons.