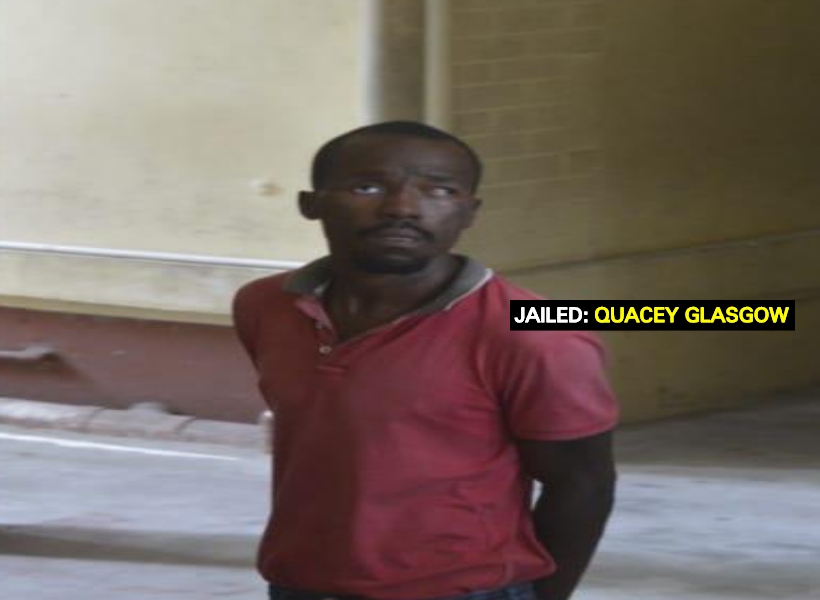 “I found the gun in a drain and was going and hand it over to the police. Please see with me nah I willing to serve a small sentence. Do something good fuh me nah,” were the words of a clothes vendor before he was sentenced to two years imprisonment on a firearm charge.

It is alleged that on December 30, 2018, at Cemetery Road, he had in his possession one 9mm pistol when he was not the holder of a firearm license enforced at the time.

Glasgow pleaded guilty with explanation to the charge after it was read to him.

In his explanation to the court, Glasgow stated that he was cleaning a drain in the Albouystown area when he discovered the firearm in a black plastic bag and decided to keep it.

He added that he told a friend about his discovery and the friend agreed to purchase the gun from him.

“I was at a bar to meet my friend to sell him the gun and all of a sudden I see five police officer coming towards me pointing long, long guns in my face. Just imagine my friend set me up. I should have gone and hand over the gun to the police.”

There, the officers saw Glasgow acting in a suspicious manner, hence a search was carried on his possession and a Taurus pistol was found in a pink haversack that he was wearing on his back.

Glasgow was then told of the offence to which he admitted.

The  Magistrate before sentencing Glasgow asked him if he had anything more to say and he stated, “My story might sound funny but it’s the truth. I ain’t waste our time so please give me a small sentence.”

Hence, the Magistrate sentenced him to two years imprisonment and fined him $50,000.