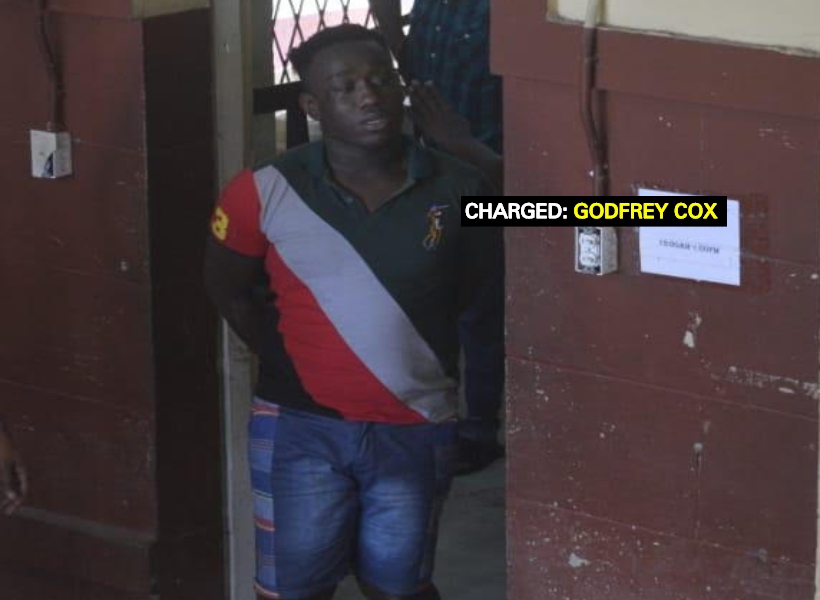 A sex worker who is no stranger to the courts once again made an appearance before a City Magistrate, this time charged with stealing the gold chain he was later arrested wearing.

Cox denied the charge which stated that on December 29, 2018 at High Street, he stole from the person of Melram Parasam a gold chain valued $80,000.

Facts presented by Police Prosecutor Gordon Mansfield stated that on the day in question, the victim was walking along Princes Street, Georgetown, when he was confronted by Cox who walked up to him and snatched his chain before making good his escape.

The matter was then reported, an investigation was carried out, and Cox was arrested a few days later.

At the time of his arrest, he was wearing the victim’s chain around his neck. Further, an identification parade was conducted and he was positively identified by the victim.

The Prosecutor objected to bail being granted to Cox, citing the prevalence of the offence and the fact that Cox has pending matters in the court.

The Chief Magistrate released Cox on $10,000 bail and instructed him to make his next court appearance on January 11, 2019.