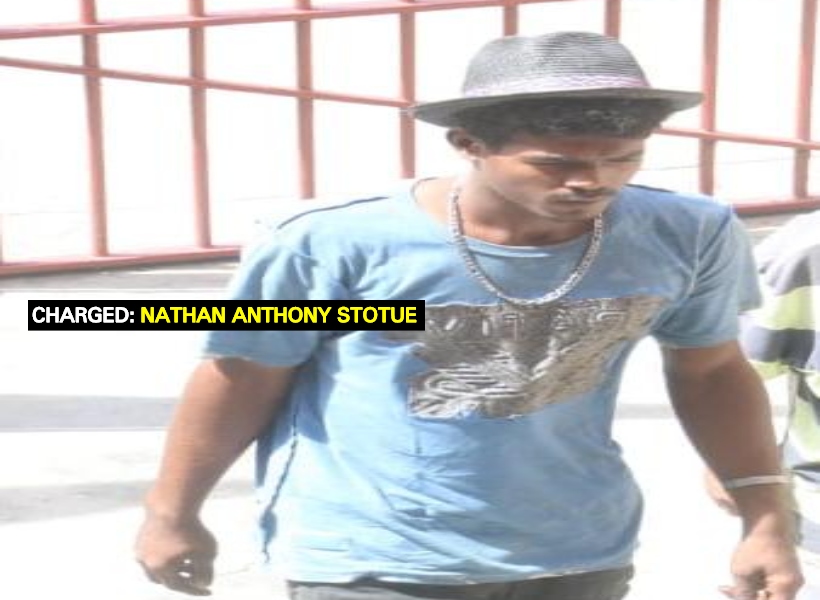 After allegedly raping and murdering a shopkeeper when he was just 17, Nathan Stoute was this afternoon charged and remanded to prison for the murder after four years on the run.

Nathan Anthony Stoute, 21, of Mahaica, East Coast Demerara, appeared before Chief Magistrate Ann McLennan where a murder charge was read to him.

Stoute was not required to plead to the indictable charge which stated that between December 26, 2014 and December 27, 2014, at Rock Creek Backdam, Cuyuni/Mazaruni, he murdered Sheniza Khan Bhola during the course of a robbery.

Police Prosecutor Gordon Mansfield told the court that the police had issued an arrest warrant for Stoute in 2014, but it was believed that Stoute, a former employee of the deceased, had fled to Suriname.

According to information, Stoute recently came back to Guyana and was living in Berbice.

Acting on this information, ranks went to a celebration in Berbice on Old Year’s Day and arrested Stoute.

While in custody, Stoute admitted to being present when Bhola was raped and murdered but he claimed that an accomplice, known as ‘Kishan,’ was the one who raped and stabbed Bhola.

He also allegedly said that ‘Kishan’ is in Suriname but is in hiding after committing a robbery there.

An unrepresented Stoute was remanded to prison and instructed to make his next court appearance on January 17, 2019 at the Bartica Magistrate’s Court.

It was reported that the now deceased woman, was found with several stabs wounds to the stomach, and another to the right side.

Police had reported that the killers carted off a substantial amount of cash, jewellery and other valuables after killing the woman.

The mother of two young children had operated her shop for about four years prior to her demise.