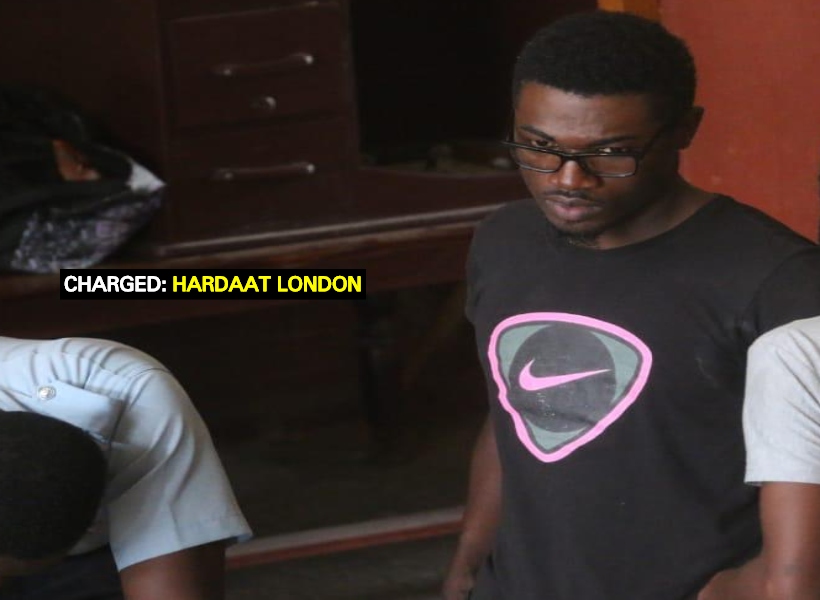 “He didn’t send it intentionally,” a sobbing pregnant woman told the court when her partner appeared today for releasing their sex tape via WhatsApp shortly after choking her during an argument.

Cindy Glasgow declined to offer evidence when the father of her unborn child, Hadaar London, 26, of Christianburg  Wismar, Linden, was arraigned before Chief Magistrate Ann McLennan. He was charged with circulating obscene videos, assault, and simple larceny.

It is alleged that on November 18, 2018, at Queenstown, Georgetown, for the purpose of exposure, he circulated obscene videos by way of WhatsApp.

The last charge stated that between the same period, he unlawfully assaulted Cindy Glasgow.

London pleaded not guilty to all the charges after they were read to him by the Magistrate.

The victim, who was seen crying uncontrollably, stood before the Magistrate and stated, “He didn’t send it intentionally; it was a mistake and I forgive him. We are expecting our first child and I am willing to give him a second chance to make things right.”

Facts presented by the Court Prosecutor stated the victim and the defendant are in a relationship and are expecting their first child together.

The court heard that on the day in question, the two had an argument and he choked her and grabbed her chain from around her neck.

He then sent a sex tape with Glasgow in it to all his WhatsApp contacts. The matters were reported, hence London was arrested and charged for the offence.

The Magistrate, after listening to both sides, dismissed the matters against London and placed him on a bond to keep the peace for 12 months or in default one month imprisonment.