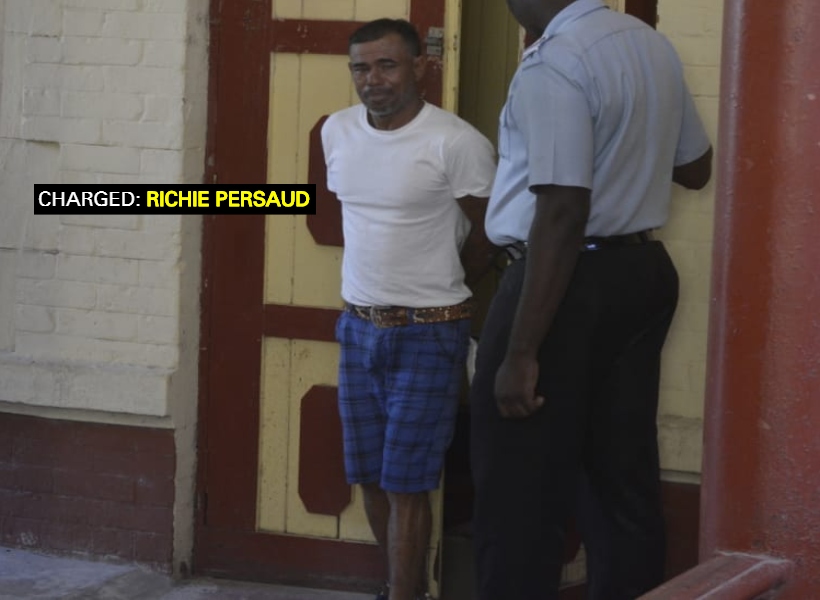 “I was under the influence of alcohol and the devil told me to break into the shop and steal the cigarettes,” were the words of a father of eight who pleaded guilty to a break and entry charge.

Richie Persaud, 50, a miner of New Amsterdam, Berbice, pleaded guilty with explanation to the charge which stated that, on January 3, 2019, at Macari Landing, Mazaruni River, he broke and entered the dwelling shop of Marlon Andrews and stole a quantity of cigarettes valued $100,000.

He appeared before Chief Magistrate, Ann McLennan, in the Georgetown Magistrates’ Courts.

Persaud in his explanation to the court said, “I am absolutely guilty. I was under the influence of alcohol and the devil told me to steal the cigarettes and sell them so that I can get passage to go home to my eight children.”

Facts presented by Police Prosecutor, Gordon Mansfield, state that on date in question the victim secured his shop around 10:00 hrs and went to Bartica to spend time with his family. Upon his return, he observed that his shop was broken into, so he went and reported the matter to the police station. An investigation was launched, and Persaud was arrested and taken into custody. He was told of the offence, to which he admitted, and later took the police to an area where the stolen articles were recovered.

The Magistrate, after listening to the facts, asked Persaud if he had anything more to say and he stated “I told them I did it. I ain’t gave the police hard time, please be lenient with me.”

The Magistrate, after listening to Persaud, fined him $15,000 or, in default, three weeks imprisonment.