Home Court Man gets 14 years for stabbing son to death 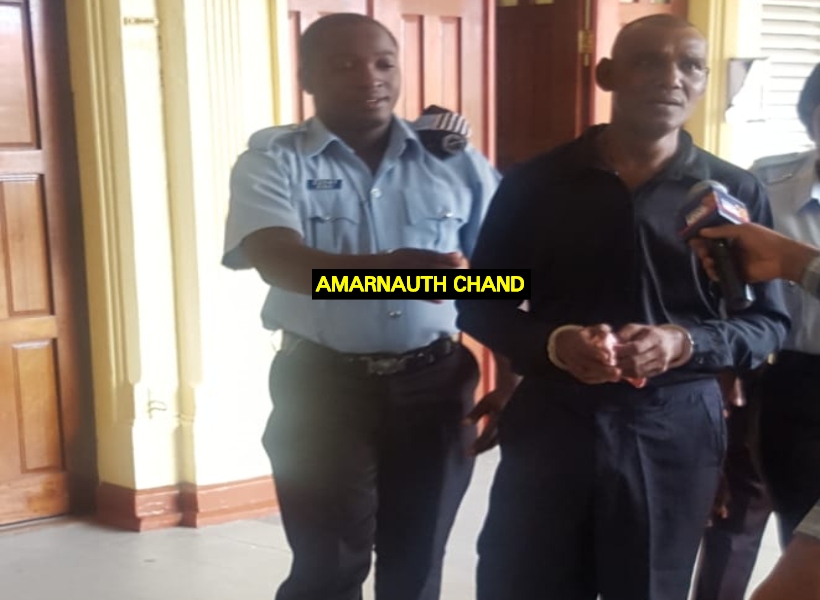 A 49-year-old grass cutter who stabbed his son to death with a cutlass has been sentenced to 14 years imprisonment for the crime.

The sentence was handed down by Justice Navindra Singh when the January Demerara assizes opened this morning at the High Court in Georgetown.

The killer, Amarnauth Chand, formerly of Lot 81 Narine Street, Annandale, East Coast Demerara, was indicted for the capital offence of murder. He however opted to plead guilty to the lesser offence of manslaughter, admitting that on September 29, 2016, he unlawfully killed his son, Mahesh Chand, 24.

According to State Prosecutor Abigail Gibbs, on the date in question Amarnauth and his wife, who is Mahesh’s mother, were in a heated argument over $300. The now dead man intervened and gave his mother the money. The older Chand became annoyed, armed himself with a cutlass and stabbed his son to the chest.

He was rushed to the Georgetown Public Hospital Corporation where he succumbed. During his address to the court, Amarnauth accepted responsibility for his actions and expressed remorse. He expressed, “I am sorry for what happened between me and my son. It hurts that I have lost my son and had to part from my rest of children.”

Amarnauth who told the court that he has accepted Jesus Christ as his lord and saviour was advised by Justice Singh to attend anger management classes if they become available to the prison.

Representing Amarnauth was attorney-at-law Keoma Griffith, who asked the court to consider the fact that the killing was not premeditated.

According to Griffith it was a “spontaneous act” and his client has displayed genuine remorse. Though the prosecutor had no objections to the court tempering mercy, she asked that the court impose a sentence that would remind the public that these sorts of acts would not be tolerated.