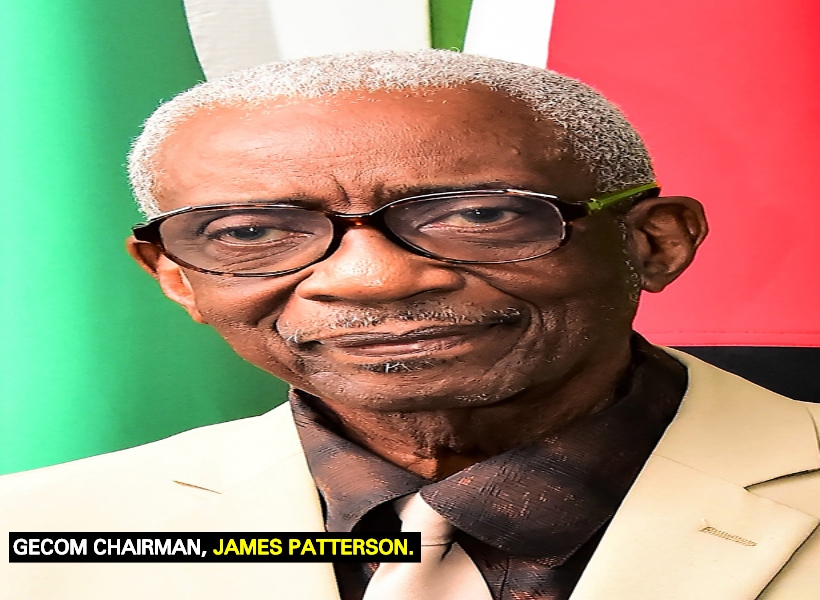 Even as tensions continue to grow in wake of the December 21, 2018 No Confidence Motion which saw government being defeated 33-32 and calls being made for its resignation to pave the way for new elections, concerns are being raised as to the readiness of the Guyana Elections Commission (GECOM).

According to the Constitution, general elections should be held within three months of the no confidence motion unless an extended time is agreed upon.

Concerns about the holding of fresh elections have been particularly linked to the wellbeing of GECOM Chairman, Retired Judge James Patterson, whose health was long called into question following his inability to convene weekly statutory meetings early last month.

Reports suggest that the 85-year-old Patterson has been unwell for some time and was hospitalised last month at a private medical institution where he was subjected to a number of intrusive tests.

But based on information released today, Patterson continues to ail.

According to a statement issued by GECOM, Patterson has been granted extended medical leave. The statement reads, “Chairman of the Guyana Elections Commission, Retired Justice James Patterson, has informed that his medical leave has been extended following a visit to his doctor on 7th January, 2019.”

It continued, “The Chairman had earlier indicated that he would resume duty on 8th January, 2019 and to reconvene a statutory meeting after being absent since early December due to illness. While, the Chairman has been recovering well, he was advised by his doctor to have some additional rest to ensure that he fully recovers to effectively resume duty.”

According to the statement, the Chairman will provide further updates on his resumption.

This development has cast more concerns on the prevailing political climate since the anticipated hosting of general elections with three months after the No Confidence vote could mean that the elections process will be delayed indefinitely.