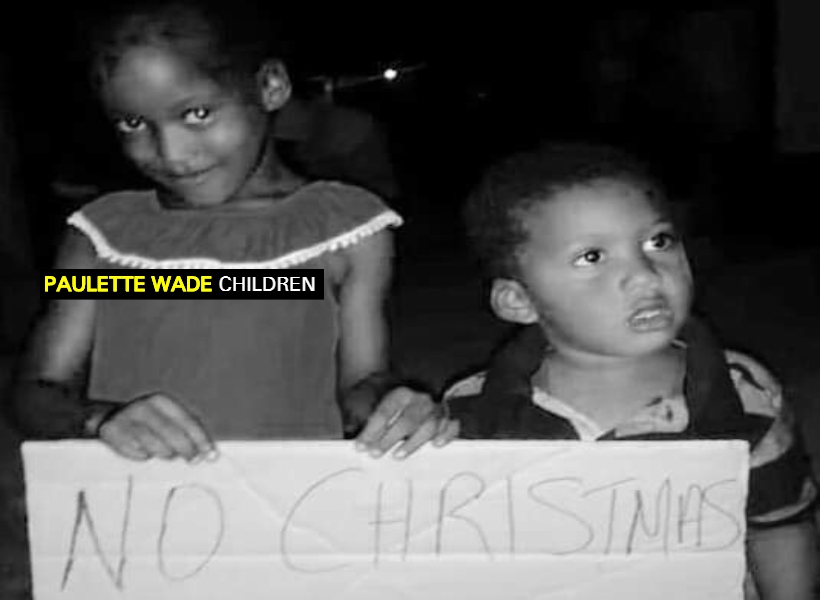 When most of us were celebrating Christmas and ushering 2019 with our loved ones, there were two children standing on the streets of Kwakwani, Region 10, with placards in their hands—begging for justice for their now deceased mother, Paulette Wade.

Wade is the 37-year-old housewife who was strangled to death in her home on October 27, last.

Initially, it was thought that the woman might have collapsed and died from natural causes but a post mortem examination showed that she had been beaten and strangled.

The Guyana Standard has been informed that the children are staying with relatives but are grieving for their mother. It was Wade’s seven-year-old daughter, who had discovered her remains on October 27, last. Since the murder, there have been several leads but none resulted in the killer(s) being caught.

This morning, a police rank close to the case said that while the probe is not closed, the file has been put on hold until further information or evidence is obtained. He said that they have exhausted all leads that were received thus far.

“All the information we got were checked out but we weren’t able to arrest the person responsible,” the source said.

Wade’s daughter had told the police that just before she discovered her mother’s body, she heard her calling out for the name, “Delon.” In addition to this, the child claimed to have witnessed a “dark-skinned man” kicking her mother.

The source indicated that all the “Delons” in Kwakwani and surrounding villages were arrested and subsequently released after their alibi checked out.

The Guyana Standard has been informed that six persons, including a female, were previously arrested and later released on station bail. The female and Wade reportedly shared the same partner.