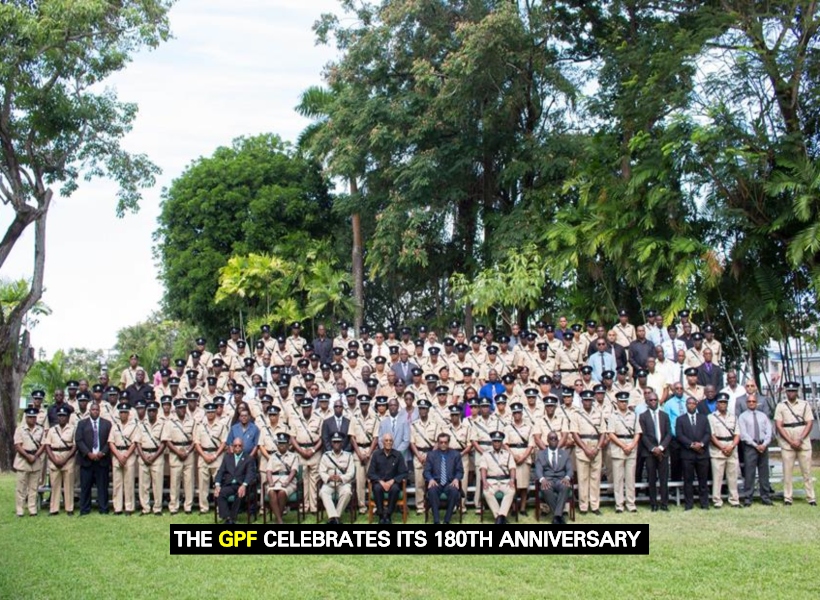 It is no secret that the Guyana Police Force (GPF) has had a long-standing problem of underfunding. But this is about to be addressed with much urgency this year, according to President, David Granger.

The President made this announcement this morning as dozens of senior and junior ranks gathered at State House for the celebration of the Force’s180th anniversary.

The president told the gathering that “the safety of citizens, the security of the State, and the stability of the economy, are the Government’s paramount concern.” Security and stability, he said, can be guaranteed best by a strong police force.

To gain public trust, the Force has embarked on a programme of security sector reform aimed at providing increased security for citizens by improving its crime-fighting and law-enforcement capabilities.

He said, too, that security reform will focused on the revision of the Force’s institutional framework; problems of chronic under-funding; lack of adequate planning and the low standards identified by British security expert, Lt. Col (Ret’d) Russell Combe;  reversing the record of poor maintenance and the abuse of its moveable and immoveable assets; pay greater attention to the selection and training of its constables and cadets; enhance the welfare of its constables and subordinate officers by improving the conditions under which some constables live and work; and lastly, ensure promotions are based on hard work, honesty and merit.

The Head of State told the officers that a safe, secure and stable police force allows citizens to go about their everyday business without fear. “It protects citizens and their property and ensures an enabling environment for leisure and lawful economic activities.”

Granger also addressed the issue of corruption and the need for the Police Service Commission to function effectively when promoting, dismissing and removing officers where necessary.

Guyana, the President said, cannot fulfill its potential as a peaceful and prosperous nation unless it is secure and stable.