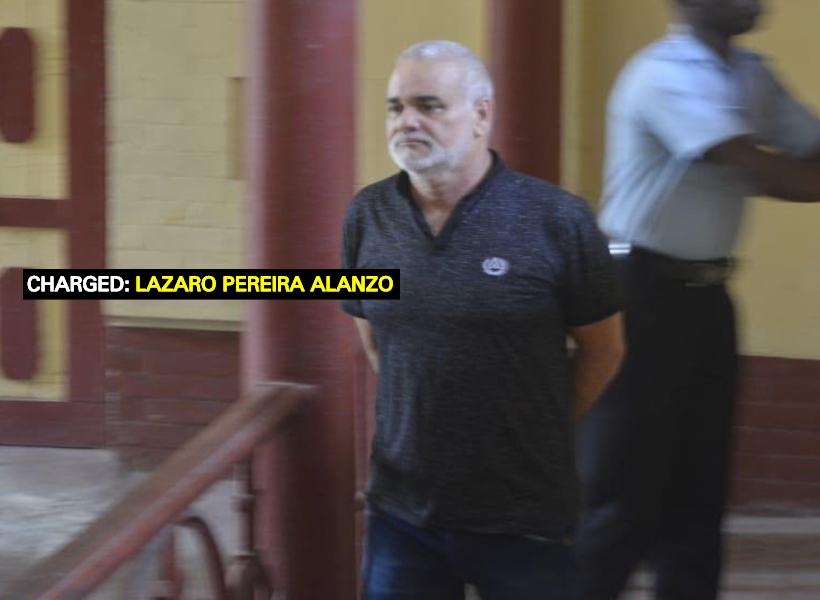 A Cuban national this morning found himself on the other side of the law after being accused of forging a Mexican visa appointment letter and overstaying in Guyana.

The first charge stated that on December 17, 2018 at Georgetown, with the intent to defraud, he uttered to Iyana Harris, a General Clerk at the Ministry of the Presidency, Department of Citizenship, a visa appointment confirmation letter, dated January 11, 2019, in favour of himself, purporting to show that same was issued by the Mexican Embassy.

The second charge read that between September 29, 2018 and December 17, 2018 at Georgetown, with the intent to defraud, he forged one visa appointment letter dated January 11, 2019, in favour of himself purporting to show that same was issued by the Mexican Embassy.

The last charge stated that between January 1, 2019 and January 8, 2019, at Georgetown, he failed to comply with conditions subject to which a permit was granted permitting him to stay in Guyana from September 29, 2018 and December 31, 2018, he overstayed that said period.

An unrepresented Alanzo pleaded not guilty to the three charges.

The man who spoke to the court through an interpreter said, “I am not guilty of the offences and I was tricked by the person who filled out the form for me. Bail should be granted to me.”

However, Police Prosecutor Adoni Inniss objected to bail being granted to Alanzo citing the prevalence of the offence and the fact that he has no ties to Guyana.

The Prosecutor added that if bail is granted to Alanzo he would not return to court for the trial.

The Prosecutor told the court that while the defendant was in Guyana, he applied for a visa at the Mexican Embassy and received a letter of denial for his request.

The court heard that a few days ago, Alanzo went into the Ministry of Presidency, Department of Citizen for an interview and it was discovered that the confirmation appointment letter that was issued to the Ministry did not originate from the Mexican Embassy in Guyana.

As a result, the police was contacted and an investigation was carried out, hence the Cuban was arrested and charged for the offences.

The Magistrate after listening to the facts remanded Alanzo to prison until January January 14, 2019.