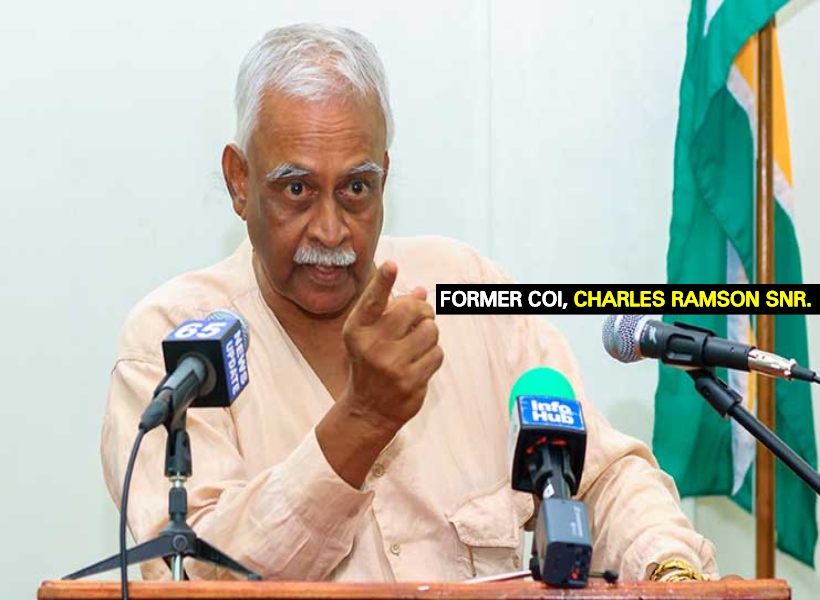 While Prime Minister Moses Nagamootoo confirmed last December that the 2019 budget does not cater for the Office of the Commissioner of Information, Chief Justice Roxanne George this afternoon ordered that the Government provide furniture and staff for the statutory agency.

Last Mid-December, PM Nagamootoo, who has responsibility for information, announced the dismissal of Charles Ramson Snr. as Commissioner of Information on the basis that he rendered his office dysfunctional.

However, Ramson, through Senior Counsel Ashton Chase, moved to the High Court contending that the State was in violation of his fundamental right to work as provided for under Article 149 (a) of the Constitution of Guyana.

This, Ramson argued, occurred upon the change of Government in May 2015.

In his arguments, Ramson had argued that he was deprived of having the appropriate accommodation, staff, machinery, and equipment to carry out the functions of the office. Having reviewed the evidence, the Chief Justice ruled that the Government’s action were in violation of Section 5 of the Access to Information Act 2011 and that there was no evidence presented by Nagamootoo and Attorney General Basil Williams, who were listed as joint respondents in the matter, to prove otherwise.

Ramson was appointed to the post in 2013 by then President Donald Ramotar. It was reported that Ramson was paid $1,418,000, along with other benefits, to ensure that each citizen has easy access to information.

In announcing the dismissal of Ramson, the Prime Minister had stated Ramson had failed to render a report in the National Assembly and had also failed to provide an account for what he had done. Presently, Ramson and the government are embroiled in litigation over monies he claims are owed to him.

While it was announced to the media that Ramson was sacked in December 2017, Ramson was relieved of his duties since March 2017 but continued to receive his full salary.