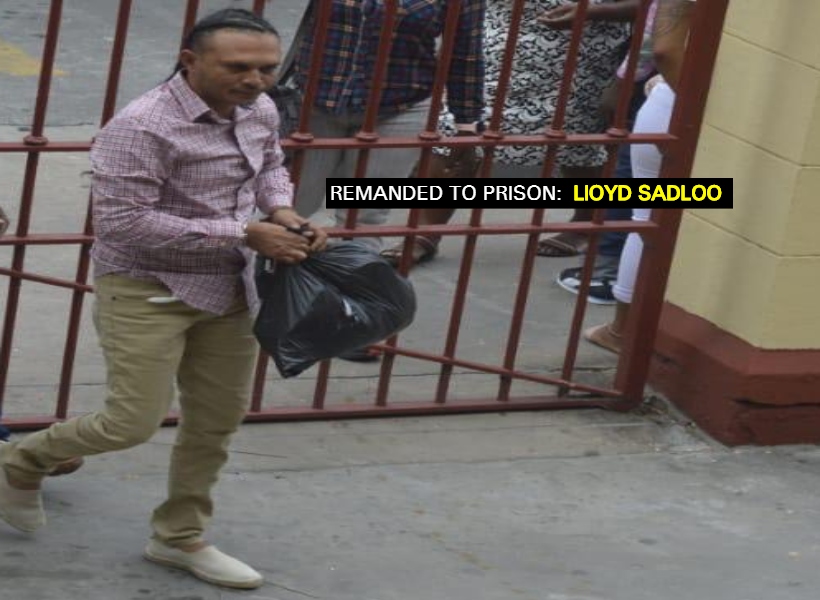 Former murder accused, Lloyd Sadloo, 37, along with wanted man, Seon Bourne, 24 – both carpenters – were this morning remanded to prison after being slapped with two firearm related matters.

Sadloo, who has faced numerous charges before, including murder, was brought before Senior Magistrate Leron Daly in Georgetown to answer the charges.

It is alleged that Sadloo and Bourne on January 7, 2019 at Vlissengen Road, Georgetown, had in their possession one .380 pistol when they were not licensed to hold firearms.

Both men denied the allegations after they were read to them in the Georgetown Magistrates’ Court.

It was further alleged that, on the same day and at the same location, the men had in their possession four live rounds of .380 ammunition when they were not licensed firearm holders.

Both men were represented by attorneys-at-law, George Thomas and Adrian Thompson, who both asked that their clients be granted bail in a reasonable amount.

Police Prosecutor Sanj Singh made serious objections to bail being granted to the defendants, citing the prevalence of the offence and the penalty the charges attract.

Facts presented by the Prosecutor stated that on January 7, 2019, police, acting on information, were in the vicinity of the 1763 monument where they observed a white Toyota bearing registration number PWW 5460.

The two defendants were seen sitting in the vehicle and a search was carried out.

During the search, the gun and ammunition were found in the car underneath a seat.

Both men were then arrested and taken into custody and later charged.

The Prosecutor went on to tell the court that Sadloo has pending matters in court and Bourne is wanted by the police for two counts of robbery and a simple larceny matter.

The Magistrate, after listening to both sides, remanded the defendants to prison until February 15, 2019.

On May 17th, 2016, Sadloo was sentenced to four years in jail by Magistrate Judy Latchman for cannabis possession.

He was also previously held for armed robbery, escaping custody, and charged in 2008 with murder.