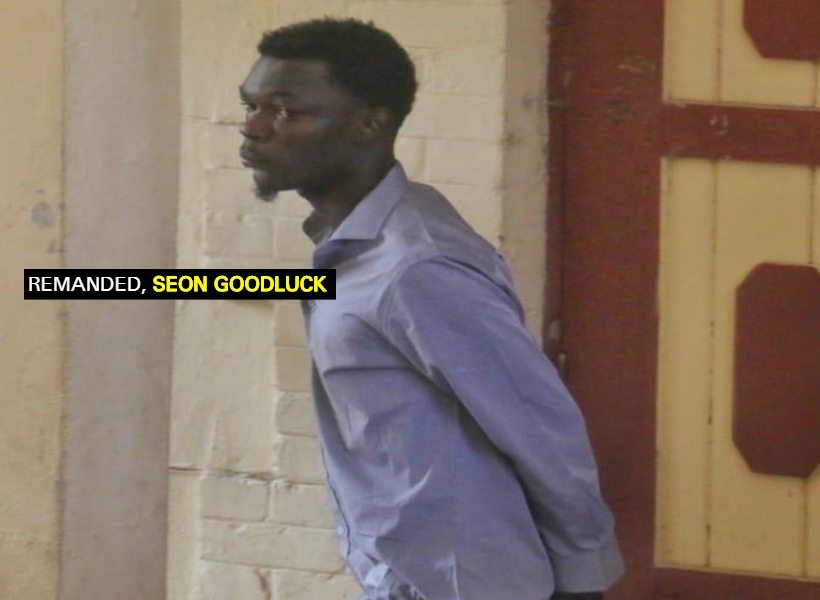 A man, who is wanted in connection to several armed robberies, was this morning, slapped with three robbery under arms charges.

Seon Goodluck, 23, labourer of North Ruimveldt, appeared before Senior Magistrate Leron Daly where he was accused of carrying out a serious of robberies around Georgetown.

The first charge stated that, on January 4, 2019 at Trench Road, Mandela Avenue, Georgetown, Goodluck, while being in the company of another, and armed with a gun, robbed Revon Thorman of a gold chain, worth $75,000.

It was further alleged that on January  9, 2019, at East Ruimveldt, Georgetown, while being in company of another and armed with a gun, he robbed Nas Moe of a phone worth $70,000, and $80,000 cash, property of Massy Distribution.

The last charge read that, on January 5, 2019, at Charlestown, Georgetown, while being armed with a gun, he robbed Shazeer Latiff of two gold chains worth $600,000.

Prosecutor Sanj Singh opposed to bail being granted to Goodluck citing that he is wanted by the police in relation to several armed robberies around Georgetown.

The Prosecutor added that an identification parade was conducted and Goodluck was positively identified by the victims as the persons who robbed them.

According to information, Goodluck and another young man would go around Georgetown riding a CG motorcycle targeting persons.

Goodluck, who would normally be the pillion rider, would jump off the bike and place the gun to the victim’s head before escaping on the waiting motorcycle.

The Magistrate, after listening to the Prosecutor, remanded the defendant to prison.

The father of two was instructed to make his next court appearance on March 1, 2019.