Home News Energy Dept will be transparent, but force us to produce more —... 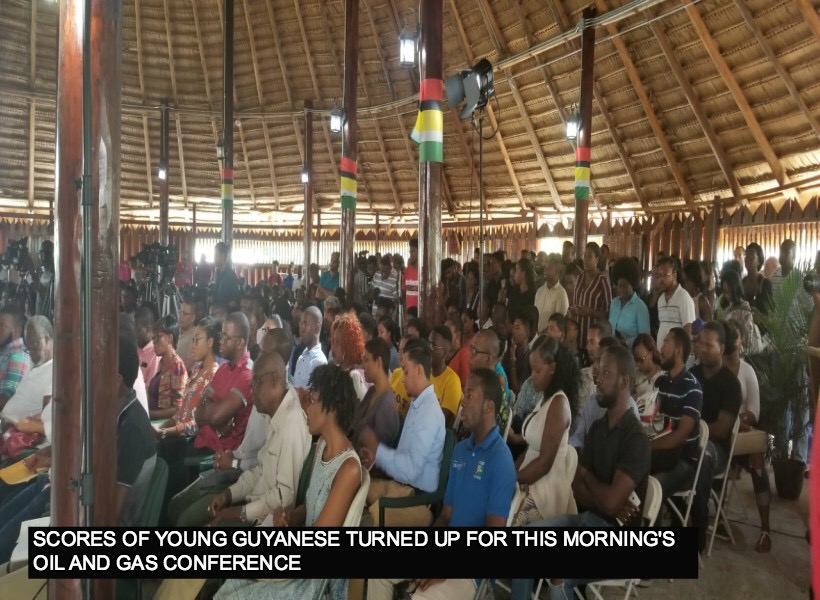 Much of what the Energy Department does will be placed in the spotlight but the nation’s youths must not take this commitment for granted and should instead demand more from the Department to ensure that their future decisions can be relevant and informed.

This was one of the key messages offered by Energy Department Head, Dr. Mark Bynoe, at a conference being held right now at the Umana Yana. The conversation began at 10:00 hrs and sought to discuss how youths can play a greater role in the oil sector.

On this subject matter, Dr. Bynoe said, “Transparency is one of the key pillars of the Energy Department and much of what we will be doing will be done in the light of day. But I challenge you, do not sit and take what someone in the Department says. Be inquisitive.”

He added, “You should be forcing us to produce more so that ultimately the decisions you make can be informed, relevant and appropriate. We also have a duty to be accountable, hence everything we are doing is being done from an evidence standpoint…”

The Energy Department Head also said that there has been a greater focus from his end on the issue of local content and how young people are being utilised in the process.

He said, “Our focus has been ensuring that the operators are employing, recruiting and being supplied by the local economy. We have been engaging the local operators to ensure youths are being recruited too and given first preference. This is happening. But we cannot deny that when we start talking about the upstream activities, there isn’t a single Guyanese who has built a Floating Production Storage and Offloading (FPSO) unit.”

On this note, Dr. Bynoe called on the youths to position themselves for not only the job opportunities that will be present now but for those to come with other ancillary activities within the sector.

He said, too, that already there has been a direct investment of over US$65M in local content for 2018 alone. He said that the investment will only get bigger as sector development continues. “You must now position yourselves to play a greater role in grabbing the job opportunities to come from this sector,” the Energy Department Head reiterated.