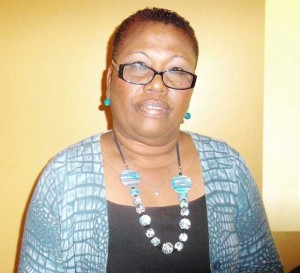 More than eight families will be accommodated at one time when the Ministry of Social Protection’s $144M Family and Children Care Centre opens its doors in March.

The facility, which is said to be in its final stages of construction, is being constructed to temporarily house children and families at the centre of investigations being conducted by the Childcare and Protection Agency. Efforts have been made to, as far as possible, make it a well secured environment while at the same time family-friendly.

Moreover, the facility is one that includes: a parental training centre, an administrative building, storage centre, and a secure playground for children.

The facility will replace the Drop-In Centre which was gutted a few years ago by fire and will provide shelter to vulnerable youths.

But instead of merely being a home for vulnerable youths, the facility will serve as a halfway home for families who are less fortunate and transitioning with support from officers of the Childcare and Protection Agency. During this time those being accommodated will have their basic needs provided for by the Social Protection Ministry.

According to Director of the Childcare and Protection Agency, Ms. Ann Greene, while her agency is tasked with the protection of children, safeguarding these vulnerable members of the population is everyone’s business. As such she made it clear that “everyone should be able to play their part to ensure every child gets a bright future.”

As such, Greene noted that the facility will accommodate the set number of families at a time with a view of ensuring that vulnerable children are not separated from their families during the period of transition.

The Childcare and Protection Agency has been consistently improving its services through public awareness and increased reporting centres which are intended to aid in the protection of children across Guyana.