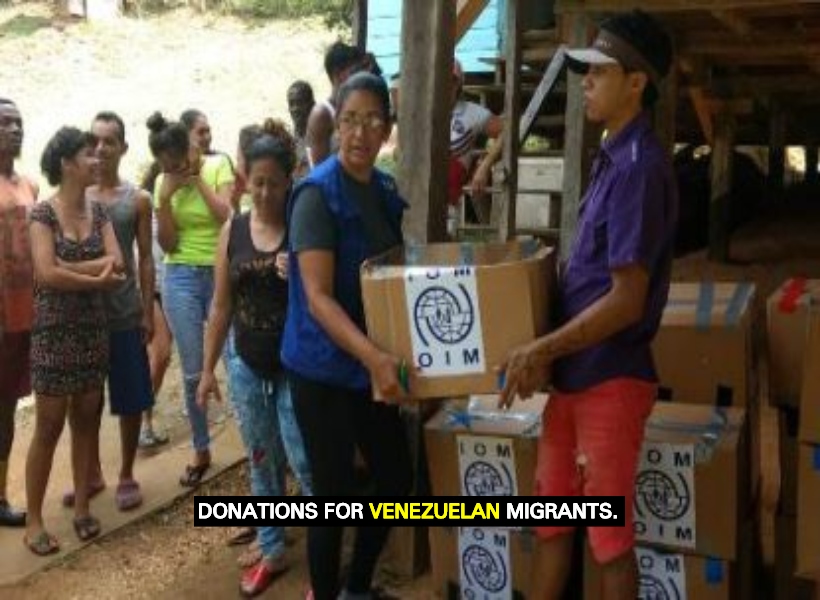 The Government of Guyana is urging all persons interested in donating to Venezuelan migrants residing in Guyana to do so via the Civil Defence Commission (CDC), which has been identified as the lone agency tasked with coordinating activities surrounding the donation of such items.

The call comes at a time when the Government has noted that some individuals and organisations are donating items directly to Venezuelan migrants as opposed to the official mechanism established via the Department of Citizenship.

The Department of Citizenship and the CDC established a Multi-Agency Stakeholder Committee to manage the government’s response to the influx of the Venezuelan migrants here and has a mandate to ensure humanitarian support is provided to all of those migrants.

As such, the CDC was identified as the lone authorised agency responsible for coordinating and ensuring supplies are delivered to the Venezuelan migrants.

The Government of Guyana is therefore calling on all persons, groups and /or organisations desirous of making donations to the Venezuelan migrants to channel their donations through the CDC.

All contributed items, a statement reads, will be recorded and distributed to the migrants.

There are currently 3,868 documented Venezuelan migrants here. In an effort to better regulate their influx, a National Multi-Sectoral Coordinating Committee was put in place. The Committee just last week held its first meeting for 2019 during which it was announced that a two-storey building has been identified by the Regional Administration of Pomeroon-Supenaam Region (Region Two) that will serve as a support centre for Venezuelan migrants in that area.

Minister of Citizenship, Winston Felix, who heads the fortnightly Committee meetings, informed that his Department and the Guyana Police Force (GPF) will be conducting a joint operation at Eteringbang and surrounding communities in the Cuyuni-Mazaruni (Region Seven), to address a number of issues that have been brought to his attention, including the immunisation and documentation of migrants.

The Minister has also been working closely with the GPF to ensure that all boats ferrying passengers to Region Two from Venezuela report to immigration authorities, who will be located at a central point along the Pomeroon River, so that the migrants can be properly screened and processed before they disembark at various landings.