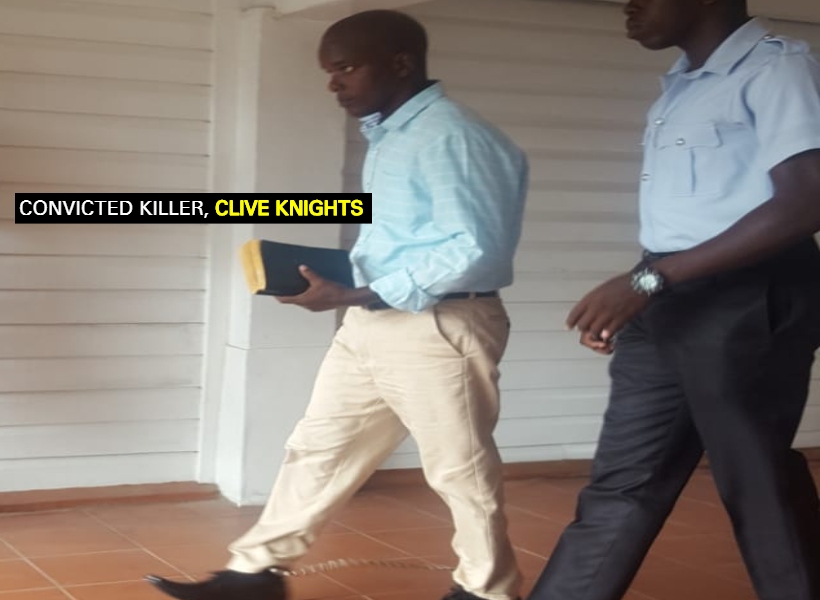 A man convicted for killing an acquaintance who allegedly performed sexual acts on him while he was asleep is appealing his 57-year sentence, requesting it be thrown out by the Court of Appeal.

Appearing at the Court of Appeal this morning was Clive Knights and his attorney-at-law, Dexter Todd. While there, Todd argued against a 57-year jail sentence for murder imposed on his client by Justice Navindra Singh.

Hearing the appeal are Chancellor of the Judiciary Yonette Cummings-Edwards and Justices of Appeal Rishi Persaud and Dawn Gregory.

Todd is asking the Court of Appeal to reverse and/or set aside the conviction, which will lead to the case being remitted to the High Court for a new trial.

Based on the conviction, Knights murdered Guyana and Trinidad Mutual Life (GTM) Insurance executive, Bert Whyte, 44, a resident of Lot 79 Phoenix Park, West Bank Demerara. Whyte was found with stab wounds to his chest on May 12, 2012.

In June 2015, a 12-member mixed jury convicted Knights of the capital offence after returning a unanimous guilty verdict.

According to reports, Knights admitted to killing Whyte, who he described as a homosexual, in a caution statement. It was reported that in the caution statement, Knights said that Whyte had expressed a desire of being in a relationship with him, but he refused.

Knights further said that Whyte had accompanied him to a bar where they had a few beers. In the statement, the convict said that he remembered going into Whyte’s car where he fell asleep, and afterwards felt someone’s fingers at his anus.

Knights said that he opened his eyes and found Whyte’s head between his legs performing oral sex on him. The convict, according to the statement, said that he had an ice pick, which he said he used to stab Whyte before driving away with his car.

According to the court’s facts, Whyte’s brother went to the Georgetown Public Hospital Corporation after receiving a phone call and found Whyte lying motionless with blood stains on his clothing.

Dr. Nehaul Singh confirmed that Whyte had died from haemorrhage and shock due the perforation of the heart and lungs as a result of the stab wounds he sustained.

Based on reports, Knights had fled the scene after the killing which led to police issuing a wanted bulletin for him. He was later arrested at a road block along the Soesdyke/Linden Highway.

This appeal comes up for hearing again on February 5, 2019. Senior State Counsel Stacy Goodings is appearing for the prosecution.