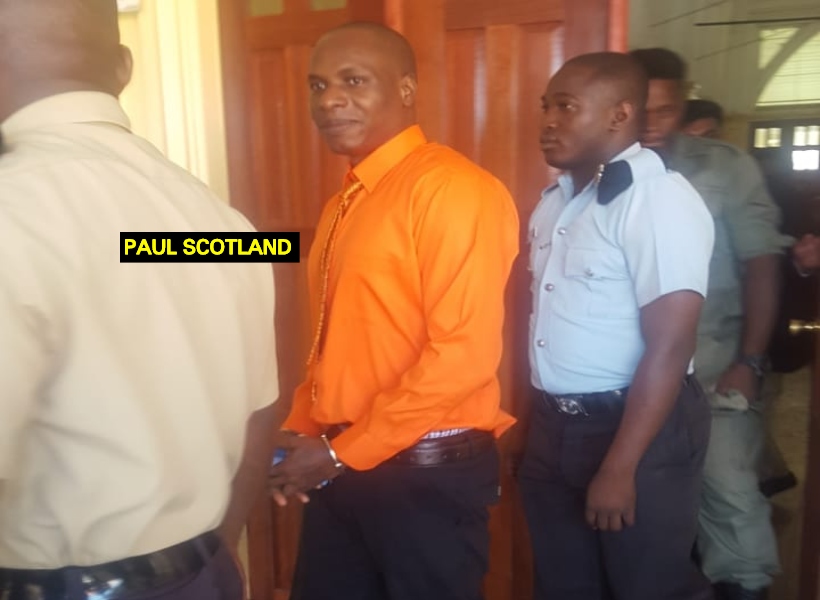 An apologetic and remorseful Paul Scotland was today given a 16-year jail sentence after admitting to the murder of the woman who was his wife and the mother of his three children.

Scotland, who was initially indicted for murder, opted to plead guilty to the lesser offence manslaughter when he appeared before Justice Navindra Singh. He was accompanied by his lawyer, Dexter Todd.

According to information divulged by State Prosecutor Abigail Gibbs, on January 3, 2014, in the county of Demerara, Scotland stabbed Monica Adams, 21, the mother of his three children, to death.

Prosecutor Gibbs said that Scotland went to the woman’s home at Paradise, East Coast Demerara, when her brother, Charles Elliott, and another relative barred him from entering.

It was then that Scotland stormed into the home, dragged Adams by her hair, and took her outside where he stabbed her about the body.

Upon seeing this, Elliott went to rescue his sister, lashing her attacker with a shower rod. In retaliation, Scotland stabbed Elliott once to the chest.

According to Scotland, he became frustrated after finding his lover with another man. He, however, indicated that he would be glad to return to society so as to take care of his children.

During his address to the Court, Scotland expressed deep remorse for his actions. He apologised in open court to Elliott and also to other family members of the deceased.

In his address to the court, Todd begged for the minimal sentence stating that his client was in his early twenties when the incident happened.

Prosecutor Gibbs asked that the sentence of the court reflect the nature and gravity of the offence.

As a result, Justice Navindra sentenced the killer to 16 years behind bars.

The judge further sentenced him to eight years imprisonment for attempting to kill Elliott, a charge to which he also pleaded guilty.

The Judge further told Scotland that the court will order the prison service to deduct from his sentence, the time he spent in pre-trial custody, which is a little over five years.

The court ordered that the two sentences run concurrently.