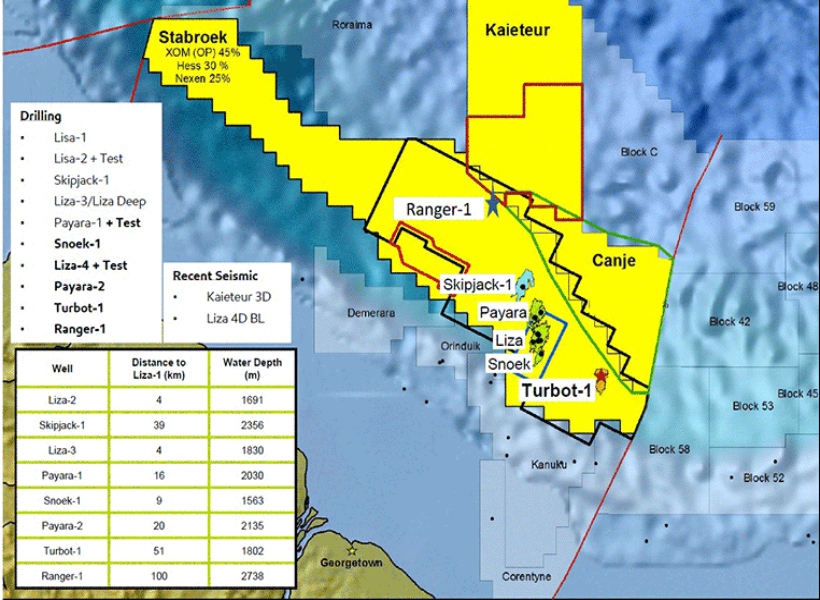 The success of the Stabroek Block is not only crucial to the future of one licensed exploration partner but the entire trio says Luiz Hayum, a Research Analyst with Wood Mackenzie’s Latin America upstream oil and gas team.

The Research Analyst said, “There is no better name than Pluma for ExxonMobil’s latest discovery. Pluma is the Spanish word for feather. With the tenth feather in its cap, the Stabroek Block’s recoverable resource volumes now surpass five billion barrels of oil equivalent, making it one of the most impressive exploration campaigns in recent times.”

Further to this, Hayum noted that the Liza Phase One schedule to produce one million barrels per day, now best compares to one of the world’s largest deepwater discoveries being Brazil’s giant Lula-Iracema. He said this is significant since Exxon and its partners have not even reached the halfway point in terms of prospects.

He said, “With 17 prospects still to drill, Stabroek is writing Guyana’s future. It will easily become the fourth largest oil producing nation in Latin America by the next decade, with chances to outperform the countries preceding it. If Venezuela and Mexico fail to address production declines, Guyana could quickly surpass them to number two.”

According to Hayum, Wood Mackenzie estimates that Pluma possesses 300M barrels of oil equivalent of recoverable resources while the Hammerhead well holds 700M.

Given the number of remaining Stabroek prospects and the 83-percent success rate to date, Hayum said that one can only expect that projects to develop the block will expand.