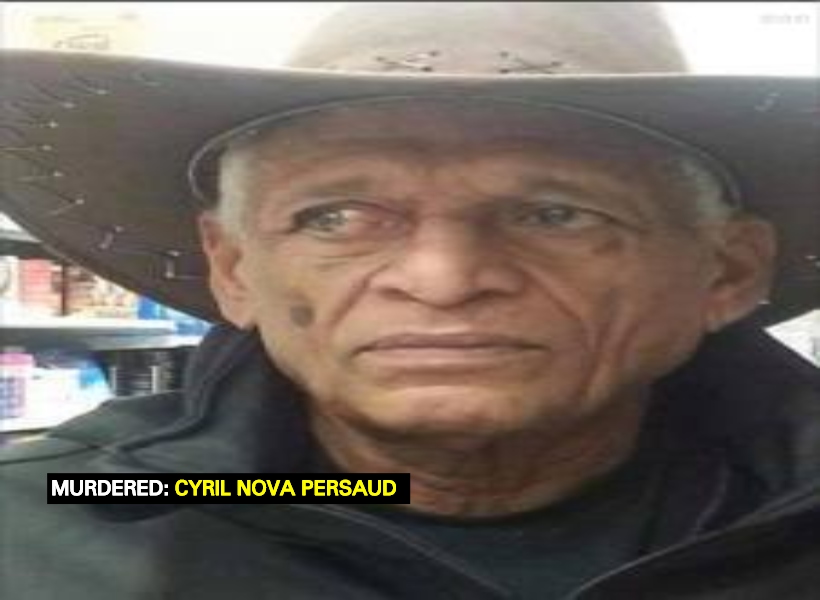 Was 75-year-old Cyril Nova Persaud murdered for his Atlantic Ville, East Coast Demerara (ECD) property and whatever little cash he had?

This is one of the theories investigators are working with as they continue to grill one of the deceased’s relatives who was taken into police custody a day after a Post Mortem examination confirmed that Persaud died from manual strangulation and blunt trauma.

The Guyana Standard has been informed that close relatives of the deceased had indicated to investigators that the ex-cop’s death was not an accident or random robbery. In fact, they believed that it was orchestrated by someone who was very close to him.

That individual, according to relatives, had been living in the same house with the victim for several years.

“We have received information that there might have been some bitterness over the transfer of a property and as such, we arrested the person who was pinpointed by Mr. Persaud’s loved ones,” a police source revealed.

The decomposed body of the 75-year-old man of Atlantic Ville, East Coast Demerara, was fished out of the Lama Canal, Durban Backlands, Georgetown, on Sunday four days after he went missing. When the body was discovered, an old age pension book with Persaud’s name was found nearby, which made it easy for investigators to identify the remains.

The deceased’s brother, Peter BrahmDeo, said that when his sibling body was pulled from the trench, he noticed his face was swollen. He believed that someone had beaten the elderly man and transported the body to Durban backlands in a vehicle where they dumped it.

According to BrahmDeo, his brother usually used his bicycle to move around in the village but on the day he went missing, he went on foot. “He couldn’t have gone far and he doesn’t have anyone in Durban backlands. He would stay in the village.”