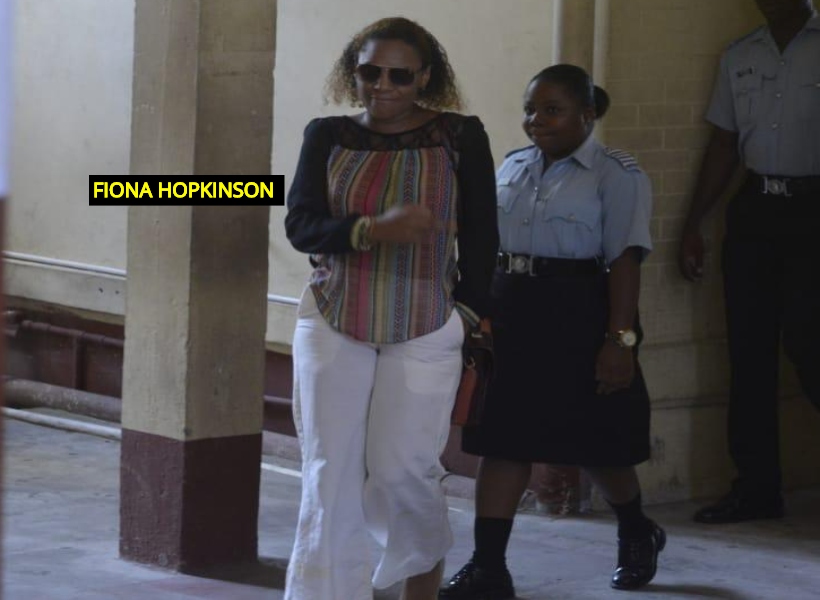 A businesswoman was moments ago remanded to prison by a City Magistrate after she was accused of trafficking four Venezuelans for sexual exploitation.

The charges read that between September 1, 2018 and October 31, 2018 at Club Diamond, Hopkinson engaged in trafficking in person by harbouring and transporting four women for sexual exploitation.

It was further alleged that Hopkinson unlawfully withheld one of the women’s identification card for the purpose of sexual exploitation.

An unrepresented Hopkinson was not required to plead to the charges after they were read to her.

Police Prosecutor Sanj Singh objected to bail being granted to Hopkinson citing that she is currently before the courts facing similar charges.

He added that it was while she was out on bail that she allegedly committed the new offences.

According to reports, the women were nabbed by the police during a roadblock on November 3, 2018 and were taken to the Criminal Investigation Department (CID) Headquarters, after they failed to produce their  identification cards.

While in police custody the women allegedly confessed to police that during the months of August 2018 and October 2018 they were desperately in need of work and Hopkinson took them to work as prostitutes at Club Diamond.

It is alleged that Hopkison took away their ID cards and told them that the documents would be returned when a debt of $600USD is repaid for travel expenses.

The Magistrate after listening to the facts remanded the woman until February 6, 2019.