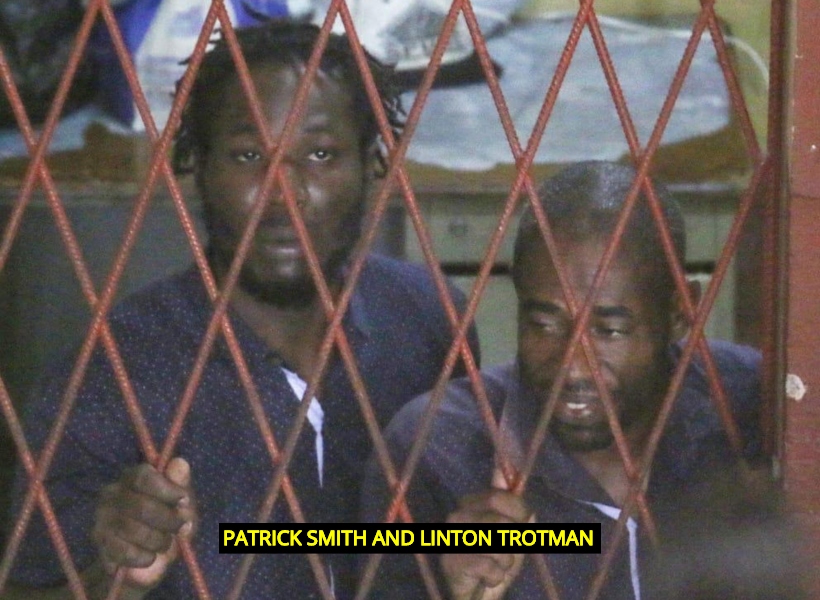 Two men who recently completed serving jail sentences were this morning remanded to prison after being accused of breaking into a store and carting off $13M in jewellery.

Patrick Smith, 45, of Albouystown, and Linton Trotman, 25, of Guyhoc Park, Georgetown denied the charge which stated that between January 10, 2019 and January 11, 2019, at Georgetown, they broke into Bassant’s Trading and stole a quantity of jewellery valued $13.1 M, property of Bissondyal Deosingh.

They appeared before Senior Magistrate Leron Daly in the Georgetown Magistrates’ Courts.

Facts presented by Police Prosecutor Sanj Singh stated that the owner secured his business on January 10, 2019 and went to bed.

The court heard that the following day, the owner observed the safe tampered with and the jewellery mentioned in the charge along with documents were missing.

The matter was then reported to the police, and upon viewing the CCTV footage, they were able to arrest three persons in connection to the robbery.

The Prosecutor told the court that Trotman was found with $410,000 and Smith was found in possession of $2M.

A third man whose name has been given as Elton King was later arrested and he admitted to dropping off the defendants and waiting for them at the business place with his motor car.

He admitted to the police that he received a payment of $1.3M, however he denied involvement in the crime.

Based on advice from the Director of Public Prosecutor (DPP) no charge was recommended for King, hence he will be used as a key witness in the prosecution’s case.

Meanwhile, the prosecutor made serious objections to bail being granted to the defendants, and said that they were previously charged with similar offences and convicted.

The Prosecutor added that if bail were to be granted to the men, they would likely commit more offences.

The Magistrate after listening to the facts remanded both men to prison until February 11, 2019.