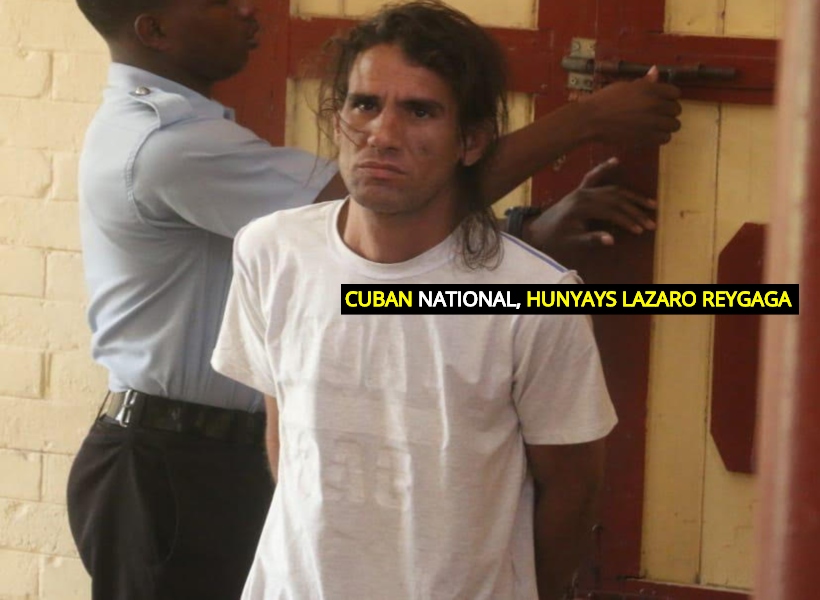 A Cuban man who allegedly threatened to set off a bomb at the US Embassy in Georgetown was moments ago charged for overstaying.

He pleaded guilty with explanation to the charge which read that between December 14, 2018 and January 17, 2019 at Georgetown, he failed to comply with any condition of a permit granted to him and overstayed the stipulated period.

In his explanation, he told the court, “I was frustrated with the people at the embassy because they were taking long to give me my visa. I wanted to go and spend time with my family in the US.”

Facts presented by Police Prosecutor Sanj Singh stated that the defendant came to Guyana via the Cheddi Jagan International Airport (CJIA) and was granted one-month stay.

During the period, Reygaga went to the US Embassy and after inquiring about his visa application, he started to behave in a disorderly manner and threatened to set off a bomb at the Embassy.

Police were called in and Reygaga was arrested and taken to the Criminal Investigation Department (CID) Headquarters.

It was while in custody the officers asked him to produce his documents and it was discovered that he had overstayed his time in Guyana.

The Magistrate, after listening to the facts, fined Feygaga $30,000 or in default six months’ imprisonment.

On completion of paying the fine or spending the jail time, he will be deported to his homeland.