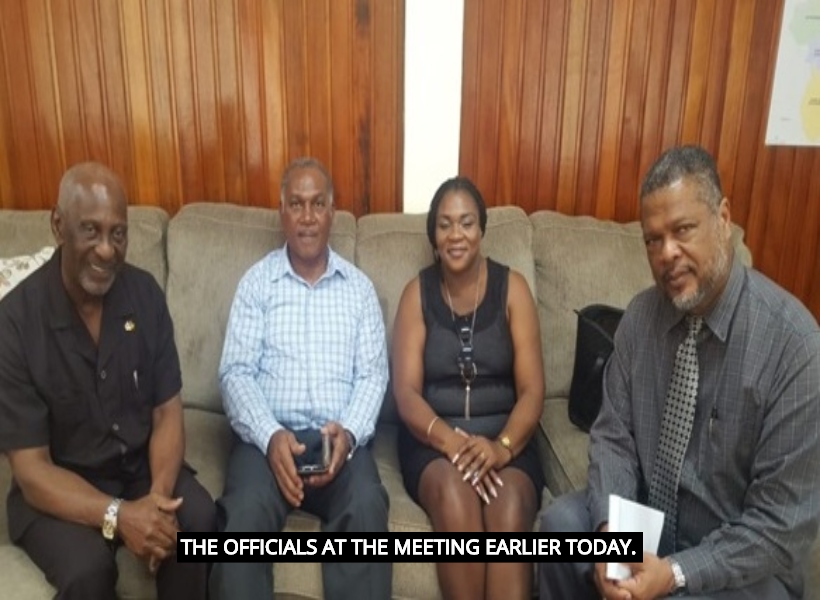 Guyana is currently gearing towards amending its Labour Laws to better address the needs of both employers and employees. This notion was amplified earlier today when Minister with responsibility for Labour within the Social Protection Ministry, Mr. Keith Scott, met with his St Kitts and Nevis counterpart.

The group during their meeting discussed Labour Relations, during which it was highlighted that both Guyana and St. Kitts and Nevis, while enjoying improved Labour Relations, are in the process of amending their respective Labour Laws to better address the needs of those who make up the work force in this ever evolving society.

Minister Amory in his remarks made reference to the fact that he supports the harmonisation of Labour Laws in the West Indies as well as closer Industrial Relations with Guyana.

Even as he too supported the notion of fostering greater harmonisation of Labour Laws across the Caribbean and the importance of greater exchanges of ideas and personnel across the Caribbean, Minister Scott boasted of Guyana being able to enjoy a stable Industrial Relations climate. In fact he noted that not only has Guyana seen a reduction in Industrial Strikes but there have been efforts to create more jobs for the youths in Guyana.