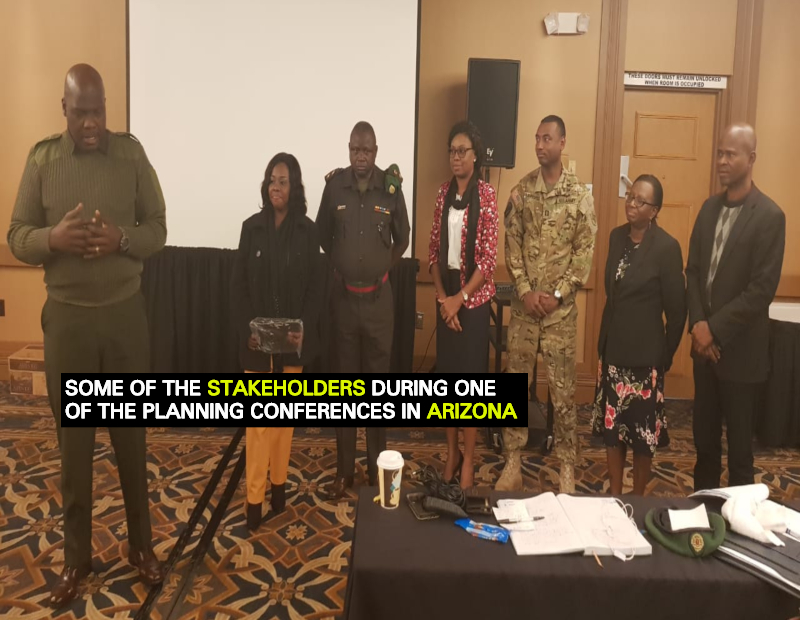 Guyana Defence Force (GDF) troops stand to benefit from the skills of their US counterparts during Exercise New Horizon, which is scheduled to return to Guyana from January to August this year.

This joint training exercise between the GDF and the United States military will see the latter entity focusing on civil engineering, medical and support service personnel’s ability to prepare, deploy, operate and re-deploy outside of the USA while also benefitting the local community.

Two senior GDF officers joined representatives from the Ministries of Health, Education, and Communities, the Mayor of Linden, and personnel from the Security Co-operation Office of the United States Embassy in Guyana, at three planning conferences in Arizona. In addition, a series of site surveys and consultations were conducted in the communities which are to benefit during the exercise.

During the exercise, various projects will be undertaken to enable GDF personnel to gain through skills transfer with the partnering US military. The Force will provide engineering personnel, including masons, carpenters, plumbers, electricians, doctors, nurses, and medics who will be well-positioned to enhance and build capacity.

Furthermore, a women’s shelter and community centres are slated to be constructed in Linden. The construction of community centres is also planned for Yarrowkabra, while medical and veterinary outreaches are programmed for all the communities where the exercise will impact, including New Amsterdam.

The US team will be based at Base Camp Seweyo which is also to benefit from a series of developmental works, including repairs to the access road, the installation of solar-powered street lamps and the general development of the accommodations for participating troops. Work has already started on the repairs to the access road and the road network in and around the base.

Exercise New Horizons is an annual U.S. Southern Command (USSOUTHCOM) sponsored exercise designed to enhance joint humanitarian assistance between the U.S. military and partner nations in Central and South America, and the Caribbean.

This is not the first time that Guyana would have benefitted from this joint exercise.