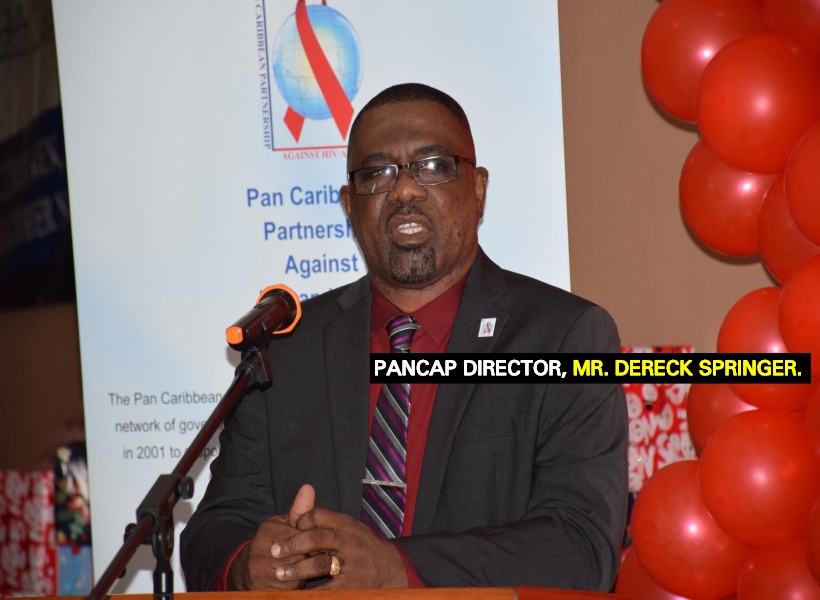 Acular, focus is needed for more domestic funding even as countries in the Caribbean and Guyana continue to see a decline in international funding.

Making this observation earlier today was the Pan Caribbean Partnership against HIV/AIDS (PANCAP). According to PANCAP, which has Guyanese Derek Springer as its head, global financial resources to support the HIV epidemic have been progressively decreasing since 2011. However, PANCAP has noted that domestic financing has improved during the implementation of the Caribbean Regional Strategic Framework on HIV and AIDS [CRSF] 2014 – 2018.

The overall goal of the CRSF 2014-2018 was “to halt the spread and reduce the impact of HIV in the Caribbean, while promoting a sustainable response within Member States.”

Because of this tactical move, UNAIDS has noted that, “domestic resources increased between 2006 – 2017 by 124 percent while international resources declined by 16 percent. As at the end of 2017, domestic resources were contributing significantly to the cost of ART and the overall treatment programme.”

Despite this trend, national resources to support services to achieve prevention continue to be low, with the implication that the gains could be reversed if this gap is not quickly filled.

Moreover, calls have been made for all countries to introduce innovative prevention approaches and improve the quality of prevention services to ensure greater impact in reducing new HIV infections.

As a result PANCAP has noted that significant effort is required for the Caribbean to achieve the UNAIDS 90-90-90 Targets. The 90-90-90 targets speak to 90 percent of people living with HIV are aware of their infection, 90 percent of people diagnosed with HIV are linked to ART, and 90 percent of those on ART adhere and have undetectable levels of HIV in their blood. The gap to achieving the first 90 of the 90–90–90 Targets in 2017 was 54,800 people living with HIV.

PANCAP has quipped too that the gap to achieving all three 90s at the end of 2017 was the need for an additional 103,000 people living with HIV to be on ART and be virally suppressed. Given this situation, PANCAP is concerned that the Caribbean is at risk of not achieving the 2020 Targets.