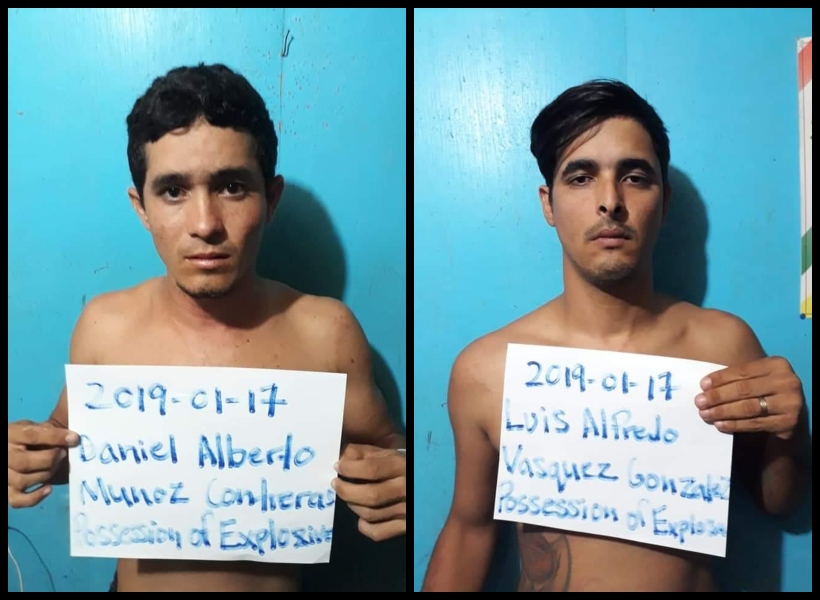 Two alleged members of the Sindicato Gang who were said to have been caught with hand grenades in their crotch were today charged and remanded to prison on a firearm related charge.

The charge against the duo stated that on January 17, 2019, at Mode Hole, Cuyuni River, Essequibo, they had in their possession a hand grenade each, when they were not licensed firearm holders.

The unrepresented men denied the charge after it was read to them.

Facts presented by Police Prosecutor, Quinn Harris, stated that on the day in question members of the Guyana Police Force (GPF) and the Guyana Defence Force (GDF) were on patrol duties in the Interingbang area when they intercepted a boat with 17 passengers comprising of Venezuelans and Guyanese.

A search was conducted on the defendants and the two hand grenades were found in the crotch of their pants.

The Prosecutor added that both men were arrested and taken into custody.

Further investigation was carried out and it was revealed that both men are Top Commanders in the Sindicato gang.

The men who spoke through an interpreter denied being part of the Sindicato gang.

However, they told the court that they were forced to put the hand grenades in their crotch for fear for their life and family.

The Prosecutor made serious objections to bail being granted to the defendants citing the serious nature of the offence and the penalty the charge attracts.

He added that if bail is granted to the defendants they will not return to court for the trial since they have no ties to Guyana.

The Magistrate remanded the men to prison until March 18, 2019 when they will appear in the Kamarang Magistrates’ Courts.