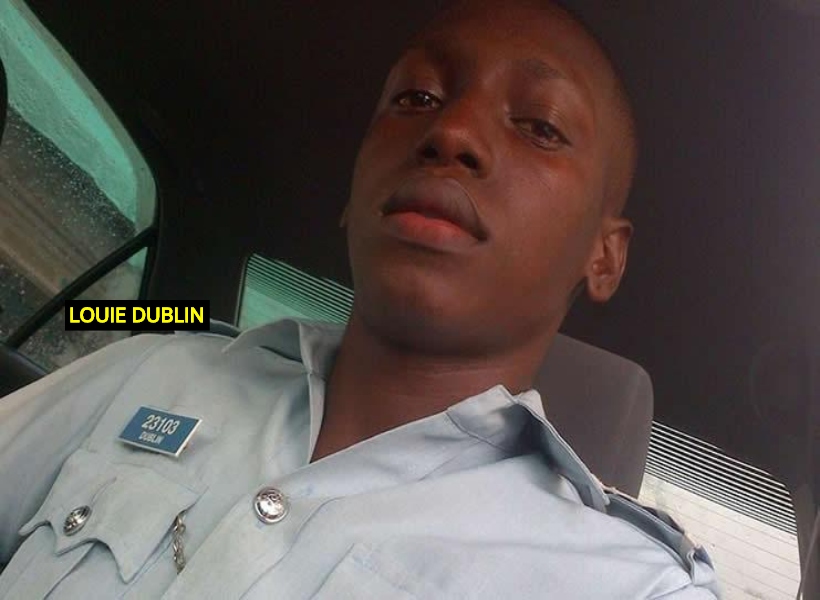 A former member of the Guyana Police Force (GPF) was moments ago sentenced to four years imprisonments for trafficking a quantity of cocaine at the Cheddi Jagan International Airport (CJIA).

This ruling was handed down to Police Constable Louie Dublin by Senior Magistrate Leron Daly in the Georgetown Magistrates’ Courts.

The other two defendants who were jointly charged with him got the matter against them dismissed.

It is alleged that Dublin along with Delvor Bunbury Jr. and Gavin Harris, on March 17, 2017, had in their possession 558 grams of cocaine for the purpose of trafficking.

The men had all pleaded not guilty to the charge and were on trial before Magistrate Daly.

The Magistrate, in coming to her ruling, told the court that, after reviewing all the evidence put forward by Police Prosecutor Richard Harris, she was satisfied that Dublin indeed trafficked the cocaine on the day in question.

However, the Magistrate said that she did not find evidence against Harris and Bunbury. Hence, she said they were free to go.

According to information, on the day in question, Police acting on information went at the Lotus Restaurant and Bar located at the CJIA, Timehri, where they conducted a sting operation.

They allegedly saw Dublin acting in a suspicious manner.

He was then arrested and he gave a caution statement to the police admitting that Delvor Bunbury Jr. and Gavin Harris had given him the bag contacting a quantity of cocaine.

He was then arrested and taken into custody, hence, charged and convicted for the offence.