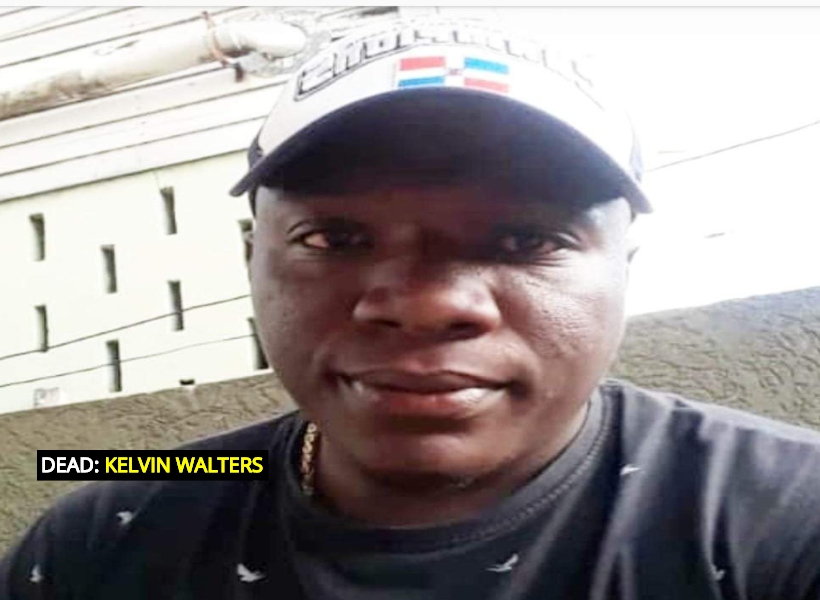 A 35-year-old man was executed a few minutes ago on the Eccles, East Bank Demerara (EBD) Public Road.

Walters was shot by one of two gunmen on a motorcycle. According to information received, the victim was in a motorcar with his family heading up the East Bank Demerara when the motorcyclist pulled up at the side of him.

The Guyana Standard has been informed that the motorcyclist and pillion rider first attempted to stop the driver but he (Walters) continued driving. Reports are that the suspects then rode up alongside Walters’ vehicle and shot him.

No attempt was made to rob the victim.