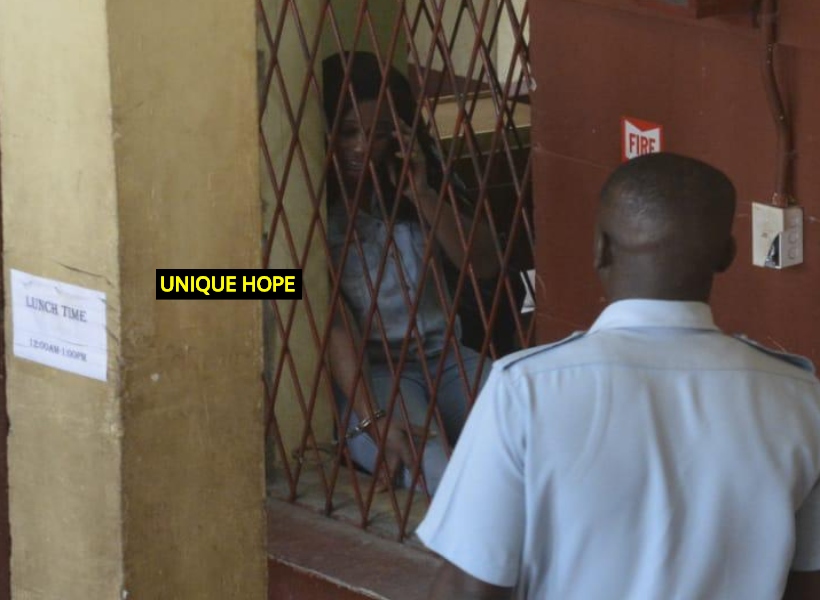 A woman who was deported twice by  Barbados for overstaying was this morning charged for making a false statement on a written declaration when she attempted to get a new passport while pretending to be her disabled sister.

Unique Hope, 31, of Kitty, Georgetown is accused of going to the Central Immigration and Passport Office and pretending to be her disabled sister, Coretta Hope, in to acquire the travel document.

The charge against Hope stated that on January 17, 2018, at Central Immigration and Passport Office, Georgetown, for the purpose of procuring a new passport, she made a false statement when she signed a written declaration stating that she was Coretta Hope, knowing same to be false.

She pleaded not guilty to the charge after it was read to her by Magistrate Sherdel Marcus- Isaacs in the Georgetown Magistrates’ Courts.

Facts presented by the court prosecutor stated that Hope is a Guyanese and was granted a passport a few years ago. The woman then went to Barbados where she overstayed and was deported.

The woman on arrival to Guyana was able to get another passport in the name Onika Benjamin.

With the new name Onika Benjamin, the woman went back to Barbados where she overstayed again. She was then deported for the second time.

The court heard that it was only recently that the woman turned up to the immigration office with her mother and applied for a new passport under the name Coretta Hope, who is her disabled sister.

The mother allegedly also made a false declaration stating that Unique Hope was Coretta Hope.

Officials at the immigration office observed several discrepancies with the passport and the police was called in, hence Hope was arrested and charged for the offence.

The Prosecutor added that the police are currently searching for the mother, since both of them will be facing more charges.

The Prosecutor objected to bail being granted to the woman citing that she that she has multiple passports and the serious nature of the offence.

However, the Magistrate granted Hope bail in the sum of $100,000, but ordered her to lodge all her travel documents with the clerk of court.

She was instructed to make her next court appearance on February 6, 2019.