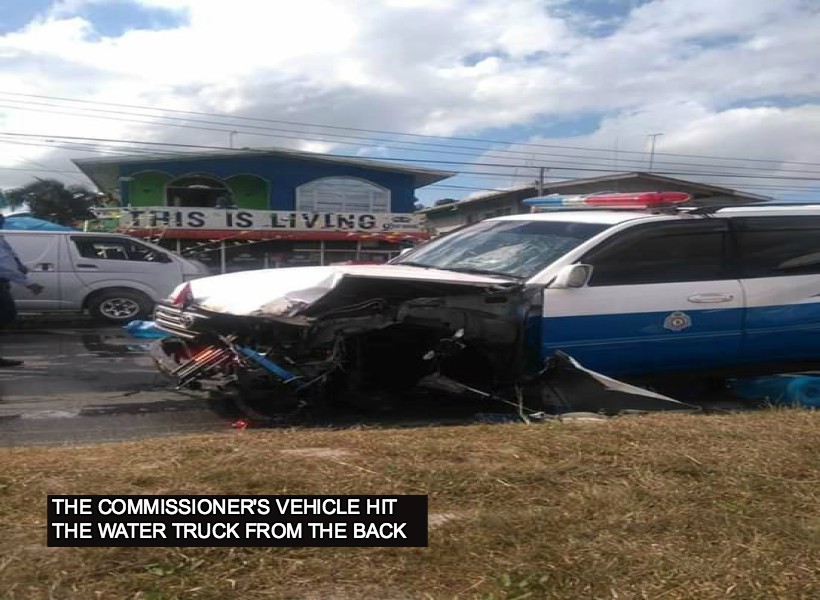 A Land Cruiser which has been assigned to the Commissioner of Police, Leslie James of the Guyana Police Force (GPF) has crashed with him inside earlier today.

The top cop was returning from an overseas trip when the accident occurred at Covent Garden, East Bank Demerara (EBD).

According to information received, the Commissioner’s vehicle and the water truck were heading to Georgetown.

James, his driver, and another policeman were in the vehicle at the time of the accident. While the Commissioner of Police escaped unhurt, the driver and the other occupant suffered from minor injuries.

The two occupants of the water truck were severely injured and had to be immediately rushed to the Diamond Diagnostic Centre for medical assistance.

The Guyana Standard has been informed that firefighters had to cut parts of the water truck to get the two occupants out of the vehicle.

Both vehicles were towed from the scene as the investigation continues.